2014 World Cup: Albert Adomah sets a goal for Middlesbrough in victory over Barnsley 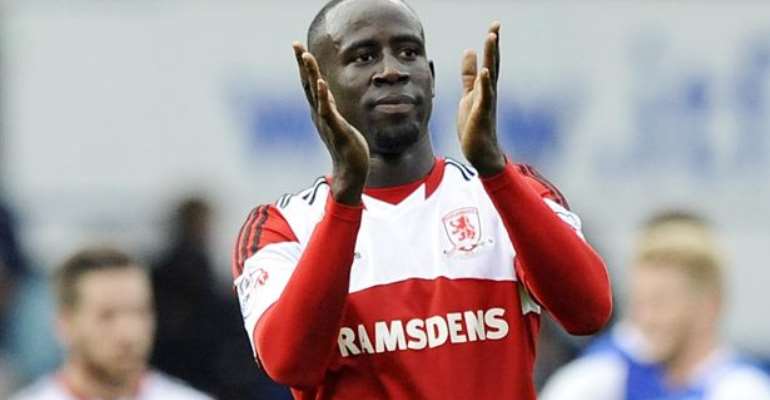 Ghana winger Albert Adomah was not on target for Middlesbrough but he set up a goal for them in their 3-1 thrashing of relegation-threatened Barnsley in the English Championship on Saturday.

Middlesbrough went into the game knowing well of their dashed play-off hopes but they did not allow that to deter them from condemning Barnsley to the League One.

Adomah's scoring statistics has been overly impressive for Boro this season after scoring 12 league goals in 41 games.

The visitors took a 53rd minute lead through Jean M'voto but Lee Tomlin levelled for Boro before Danny Graham shot them ahead in the 90th minute.

Adomah then set up a goal for his side in stoppage-time when he set up Tomlin for his second goal of the afternoon.

While Adomah was enjoying a good afternoon, Ghanaian midfielder Emmanuel Frimpong was not in the Barnsley team.