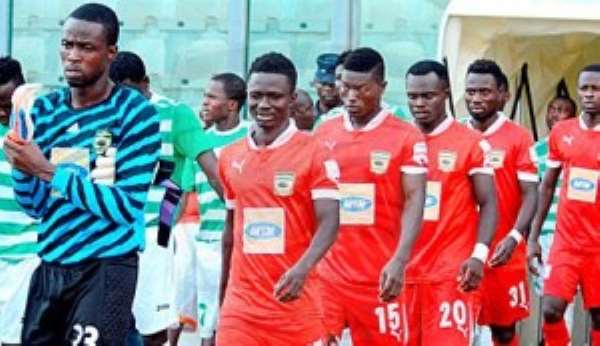 The Ghana FA has suspended all Premier League matches to allow outstanding fixtures in particular that of Medeama to be cleared.

The Yellow and Mauves have four outstanding matches to play in the Ghanaian top flight due to their participation in the CAF Confederations Cup.

Liberty Professionals, Heart of Lions, AshantiGold and Aduana Stars all have games to make for.

The Ghana FA have therefore adjusted their Premier League schedule which will now end on June 4, way over the deadline set by FIFA.

The world governing body had directed that all domestic competitions ends on May 18 to allow players to rest ahead of the World Cup.

But with almost the entire setup of the Black Stars made up of foreign-based players, the Ghanaian top flight can still run with minimal contribution of players expected to make up the Ghana squad for the tournament in Brazil.

The league will now resume on May 21 st after all outstanding fixtures are cleared.