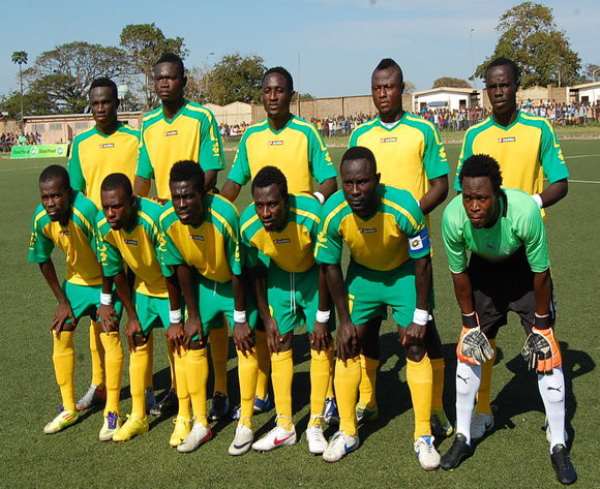 Ebusua Dwarfs boosted their survival chances with a comfortable 4-1 win over second-placed Heart of Lions on Saturday despite remaining in the relegation zone.

The Cape-Coast based side were quick to come out of their blocks and shot ahead on 22 seconds through Joseph Esso.

But the credit went to striker Richard Gadze who made a lethal run down the left flank of the visitors and laid a pass for Esso who sublimely tucked home for the opener.

Gadze registered his name on the scoresheet when he smashed in a rebound after goalkeeper Mozart Adjetey failed to grab Isaac Kwain's powerful free-kick on 22 minutes.

But the hardworking striker had to rushed to the hospital mid-way through the first half when he sustained an injury from a disallowed goal scored.

Lions looked tamed and could not trouble the home team who comfortably defended well and mount attacks.

The second half got underway with Lions improved but could not unlock the Dwarfs steal backline.

Dwarfs were on the attack again and Joseph Esso earned a penalty when Mohammed Razir whacked him down inside the box.

Striker Frederick Boateng converted the spot-kick in the 71st minute when he drilled a low one past goalkeeper Adjetey.

Lions reduced the deficit on 83 minutes when substitute Edem Kodzo also scored from the spot after Isaac Osae was fouled inside the area by Joshua Oninku.

But Dwarfs was not content and snatched the fourth goal through Boateng who curled in a free-kick in the 89th minute for his second game of the match.