2014 World Cup: Ten things about Ghana coach Kwesi Appiah You did not know 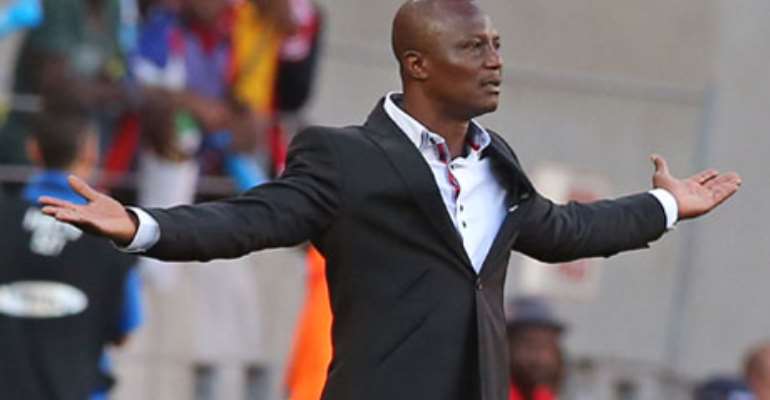 Appiah was however did not expect it as early as it happened.

2. Kwesi Appiah has no role model as a coach but admires Arsenal's playing style.

Kwesi Appiah admires the philosophy of coach Arsene Wenger despite not having the opportunity for practical experience with the Gunners.

In spite of being an advocate of good football, he does not necessarily look up to any coach as a role model.

He left for London afterwards to pursue his course.

4. Kwesi Appiah rates Opoku Nti as the greatest player he has ever met in his footballing career.

5. He rejected a lucrative contract to play for Italian outfit, Torino.

After Kumasi Asante Kotoko won the Africa Club Championship in 1983, Torino made an offer to lure the gallant defender but  Appiah,who was enjoying his time at the Black Stars and club level,Kotoko,rejected the deal.

He  however does not regret rejecting the deal to travel outside.

6. Kwesi Appiah puts off his phone one hour before  and after every game ever since he assumed the role as Black Stars coach.

He does not want to be put off by unwarranted comments.

He neither listen to radio nor read newspapers;all he does is check his mails and enjoy his quiet life.

8.Kwesi Appiah frowns on the globe-trotting of  expatriate coaches he understudied.

Kwesi Appiah admits to disliking the frequent travelling of the expatriate coaches.

He believes they should spend more time monitoring the local league to fish-out talent rather than travelling outside.

9. Kwesi Appiah's demeanour does not affect his job:  Kwesi Appiah has come under harsh criticisms over the past months over his soft approach.

10. Does not have ample social life:  Appiah has been engulfed in his job, that he hardly enjoys a free time.

Appiah has his family based in London and he says,it is always difficult for him to have time for a social life.

AND FINALLY,
Kwesi or Akwasi is not Appiah's name!!!!!!!!!!!
His name is James Appiah. Appiah was rushed into registering for junior football in his native Sunyani. Keen to register the talented defender before the match, club officials of the youth team named him 'Kwesi' just to beat the deadline for registration as James was not available. He subsequently played under the name Kwesi Appiah leaving his James out. As he excelled and attracted interest the name Kwesi Appiah stayed. Remember his name is : James Appiah………