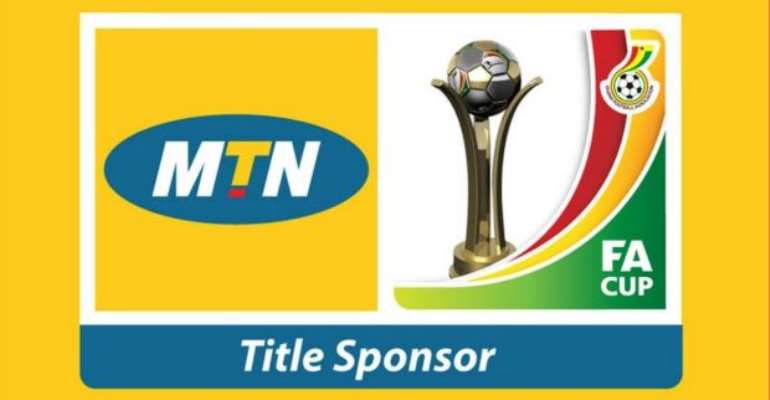 By Prince Dornu-Leiku
The race to confirm the two teams remaining to complete the round of 16 line-up in the Ghana FA Cup http://http://allsports.com.gh/2014/02/11/mtn-fa-cup-14-teams-confirmed-for-last-16-draw/ got a whole lot thinner after Aduana Stars and Rospack FC won their respective long awaited round of 64 fixtures to progress to the round of 32 and a victory away from getting ever closer to the coveted trophy.

Aduana edged second tier side, Dunkwa United 1-0 in Dormaa on Sunday whilst Rospack FC overcame fellow Division One League outfit, Ho Dynamos by the same margin on Monday at the Sekondi Gyandu Park.

Dunkwa had only last Wednesday beaten Deportivo in their preliminary round fixture to earn a date against the 2010 Ghana champions. But Aduana proved an insurmountable hurdle as Dunkwa crumbled and hand Aduana a round of 32 tie against the winner between Dawhenya FC/Royal Faith/Bazooka for the right to face Bechem United.

Ho Dynamos also got through to the round of 64 tie after beating Right to Dream in the boardroom despite losing 2-0 on the field after protesting the famed academy's failure to present their strip for pre-match inspection. But the long journey from the Volta Region capital across to the Western Region capital may have been too tiring as they found no answer to Rospack's lone strike.

Rospack earn through to a round of 32 fixture away to King Faisal with the winner drawn to host Metro Stars in the last 16 tie.

The FA Cup Committee has announced it will soon announce the dates for the round of 16 games after postponing from the earlier announced February 20-23 date.