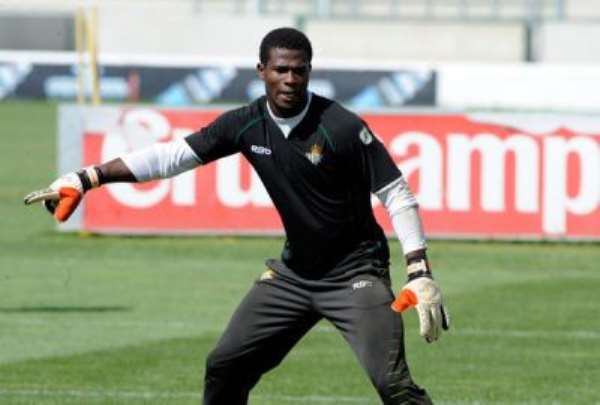 The 26-year-old is confident of making Kwesi Appiah's squad for the global showpiece in the South American country following his exploits with Spanish second-tier side Cordoba.

Brimah marked a disastrous debut for the Black Stars in their 3-1 defeat against Japan in an international friendly last year.

However the ex-Nania FC shot-stopper has recovered from the disappointing performance and remains optimistic of making it to Brazil.

“I am more than 88% sure of making Ghana's squad to Brazil,” Braimah told Power FM.

“I know Mr. Kwesi Appiah has the confidence in me so all I have to do is keep working hard and play all my matches and leave the rest to God and the coach because it is the coach who will decide at last.”

The ambitious goalkeeper has been a pillar in post for the Spanish side joining them last September.