Berekum Chelsea hold the advantage against Atlabara in Champs League 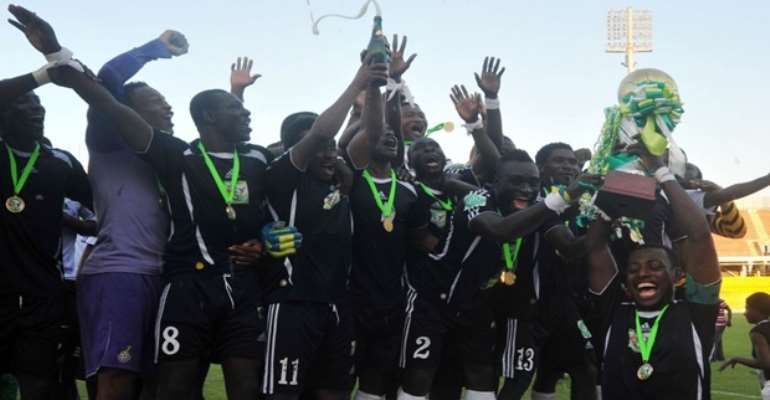 Berekum Chelsea have a 2-0 lead against FC Atlabara

Berekum Chelsea will be hoping to continue their adventure in Africa as they look to put to bed FC Atlabara after holding a 2-0 advantage from the first leg.

The 2011 Ghanaian champions will have to do that without two-goal Hero Jackson Owusu who was sent off for a moment of madness in the second half of the first leg.

Captain Obed Owusu is huge doubt for the game in Khartoum after picking up a knock in the first leg.

He has returned to light training but never the less has been included in the team by Coach Tony Lokko who will be hoping his captain will recover in time to play a part in the game.

Pual Aidoo, Gabriel Ayala and Prince Kofi Appiah have all made the team after recovering from different degree of injuries to travel with the team.

FC Atlabara have had their own problems after news that they will have to forfeit their favourite home ground in Juba due to political instability in South Africa.

Coach Ali Abdullah is sweating on the fitness of star player Ali Lado who is struggling with a thigh   injury to make the game this weekend.

Apart from that Abdullah will have the full playing body to count on as they look to stage a comeback and beat Chelsea to make the second round of qualification.

Atlabara are the champions of South Sudan and would be hoping that home advantage counts when they take on the 2012 CAF Champions League campaigners.