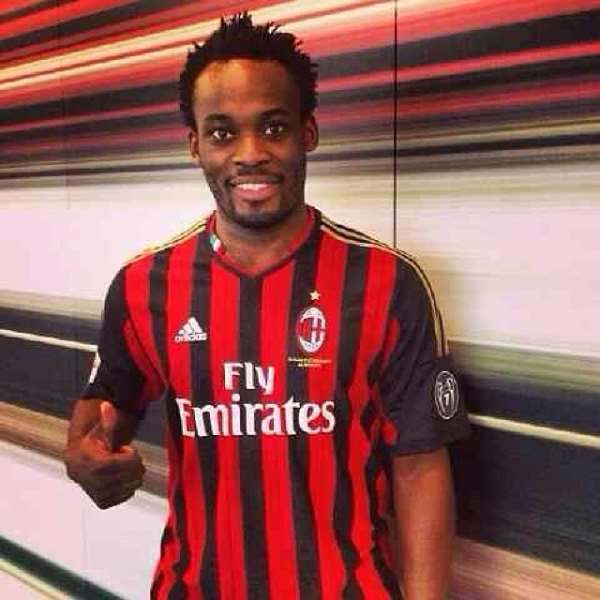 By Ameenu Shardow, follow on Twitter @alooameenu
Ghana midfielder Michael Essien is in line to make his debut for AC Milan in the Serie-A game against Napoli on Saturday.

The 31-year-old joined the Rossoneri on a free transfer in January after spending eight-and-a-half years at Chelsea.

The Ghana international was an unused substitute in last weekend's game draw against Torino.

But Essien could now be in line to playing his first game under new manager Clarence Seedorf who believes the Ghanaian needs to be given time to settle in in Italy.

“ Essien is a champion, and we must give him time to settle in,” Seedorf said.

The Ghana international used to be one of the most important players for the Blues until a bad spell of long-term injuries set in.

He is now with the Italian giants hoping to peak just in time to help his nation at the 2014 World Cup in Brazil.