I Have No Contract With Berekum Chelsea – Ato-bissah 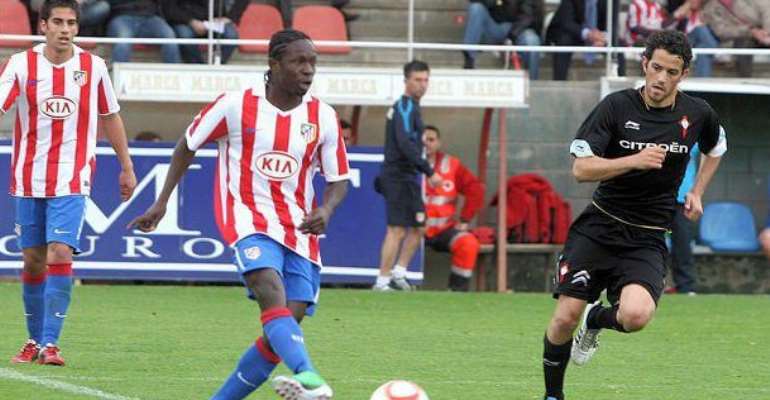 Midfielder Joseph Ato-Bissah has insisted his contract with Berekum Chelsea has run out and he is free to join a new club.

But Chelsea claims he still has a season-and-half left on his contract and want him at Berekum before the start of the upcoming season.

Ato-Bissah has passed medicals at AshGold and is set to sign a two-year deal for the Miners but Chelsea have hijacked the deal and claimed he is still their property.

The Blues signed Ato-Bissah, the 2010/11 Most Promising Player of the Season Award winner, on a three-year-contract from Eleven Wise and but loaned him out to Spanish giants Atletico Madrid where he spent a season and a half playing for the club's second string side.

He confirms he has travelled to Obuasi and is set to sign for the Miners.

“My contract with Chelsea has run out and I'm now a free agent because I signed three seasons for them and it ended in June. The Documents are there for all to see,” he said.

AshGold will hold brief talks with Chelsea officials over the attacking midfielder's situation before signing him on by next week.

Chaos during inauguration of Parliament unjustifiable – Bagb...
56 minutes ago

Bagbin declares NPP as Majority with Fomena MP
56 minutes ago