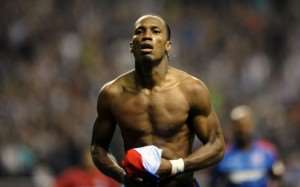 They did it after a crazy, crazy, crazy game! They played tonight knockout Return of the Champions League in Europe.

And Schalke 04 which made a draw on the ground of Galatasaray, a 1-1- draw during the frist leg thought it had done the hardest part by opening the scoring on its land by R. NeustÃ¤dter the 17th.

But the Turkish club had returned to the score late in the first half thanks to two goals from H. Altintop (37th) and Y. Burak (42nd)!

Schalke 04 had equalized by Michel Bastos in the 63 th minute.

And at the end of the match, U Bulut qualified Galatasaray in the quarterfinals by scoring the third goal!

What a victory! Didier Drogba dreamed and even if he did not score tonight, it's on a cloud as his club!