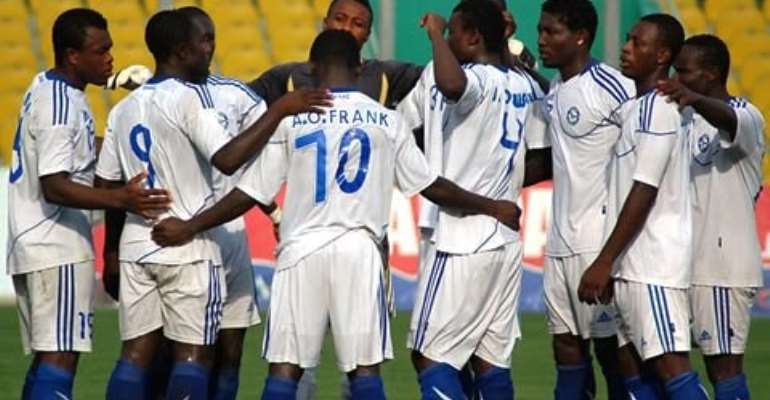 Berekum Chelsea have thrown a challenge to Amidaus Professionals owner Ahmed Gambo to provide evidence to his bribery allegations against their president Emmanuel Kyeremeh.

Gambo levelled allegations of bribery on the Chelsea owner after his side lost 1-0 to Berekum-based on home soil in the Ghana Premier League game on Sunday.

An incensed Gambo did not mince words in an interview with Asempa FM that Kyeremeh tried to induce his players in the build up to the match.

But the Operations director of Berekum Chelsea Nana Oduro Sarfo wants has rubbished his claims.

"He who alleges must prove so Gambo should go ahead and prove," Sarfo told Joy Sports.

"Those players who told Gambo they were called should be summoned and prove when and where Mr. Kyeremeh spoke to them."