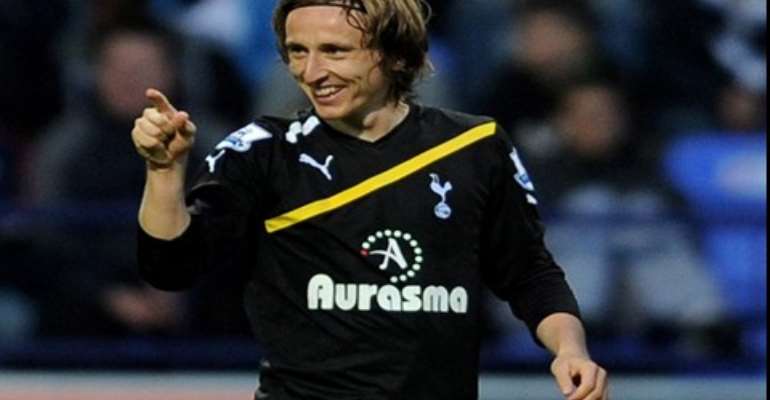 Tottenham are understood to be holding out for close to £40million if they are to allow midfielder Luka Modric to leave White Hart Lane.

The Croatia international has long been linked with a move away from White Hart Lane, with Real Madrid thought to be the favourites for the midfielder's signature.

Tottenham are willing to sell Modric at the right price, but it is understood they are looking for a fee nearer to £40million than the widely-reported figure of £35million.

Manchester United and Paris Saint-Germain are also reported to be interested in the 26-year-old, who Tottenham manager Andre Villas-Boas revealed this week is the subject of interest from a trio of clubs.

"There has been continuous interest from three different clubs in Luka," the Portuguese said.

"But it is important for Tottenham to hold on to their rights. His situation will continue as it is until the price is right.

Modric first stated his desire to leave the north Londoners last summer after the team failed to qualify for the Champions League.

Tottenham stood firm, but speculation has been rife again recently after Chelsea's triumph in this year's Champions League final meant Spurs once again missed out on Europe's premier club competition.

"Luka is an intelligent person and understands the club has to defend his value their values, rights and interests," Villas-Boas added.

"It's a difficult situation for the club but we have been co-operative by openly saying we are willing to listen to offers.

"But the offer has not been met to what the chairman [Daniel Levy] wants. If that is met there won't be any problems."

Spurs head off on their pre-season tour to the United States this weekend and there have been suggestions that Modric is reluctant to head there with the rest of the squad.

It is understood Tottenham are unlikely to make any more signings before jetting off, although a deal for Manchester City's Emmanuel Adebayor continues to be negotiated.

Lyon goalkeeper Hugo Lloris is another reported target for Villas-Boas, who was the subject of apparent criticism from Porto's Danilo.

The Brazilian defender supposedly posted on Facebook his disappointment at the Tottenham boss for meeting his club-mate Hulk at the Olympic team's hotel.

However, Danilo has quickly moved to clear up the situation and denied making the comments on former Porto boss Villas-Boas.

"Various Portuguese media reported something I supposedly said, criticising the visit of former FC Porto technician Andre Villas-Boas of Hulk at the hotel to the Brazilian team!," he posted. "For clarification, I DO NOT USE FACEBOOK!

"I admire the work of the Villas-Boas and do not see any problem in paying a visit to a friend with whom he worked and was very successful! #clarification"