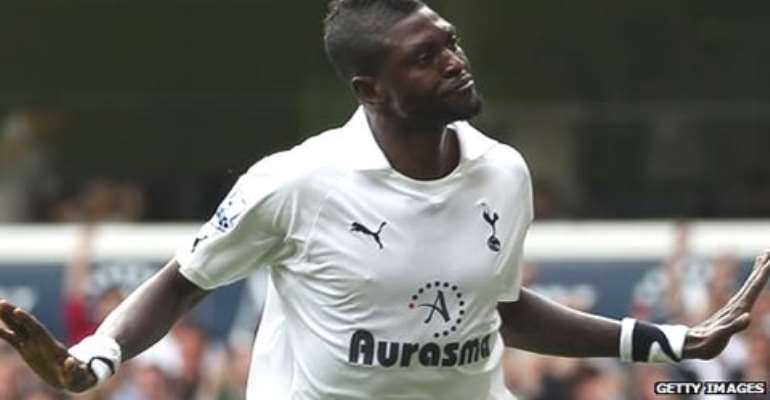 The 28-year-old has been a key figure in Spurs' season and scored twice on Sunday to secure a 3-1 win for the north London club at home to Swansea City, their first in six attempts.

However, his loan from Manchester City comes to an end at the climax of the campaign and Redknapp admits he is in the dark as to whether the forward will stay at White Hart Lane.

“Manu is on loan at the moment and that's where we're at,” Redknapp told reporters.

“The chairman will deal with [any negotiations] at the end of this season. I wouldn't have a clue whether [a permanent transfer] is a possibility or not."

“He scored two goals last week against Swansea and he has been excellent, but whether it's possible to do a deal, I wouldn't be sure."

Manchester City already have an illustrious number of options up front and Redknapp believes Adebayor's future lies away from the Etihad Stadium.

“His future doesn't seem to be there,” the former Portsmouth coach continued. “He probably needs to move on.

“City have just gone through a dicky little spell recently but they have lots of good strikers there.

“If you look at the quality they have up front, they are full of top players.”