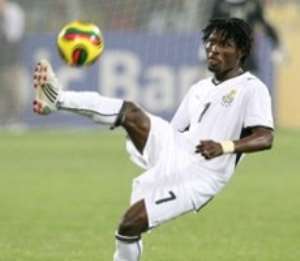 Hearts of Oak midfielder Laryea Kingston is alleged to have slapped an official of AshantiGold during their mid-week Premier League defeat.

The 31-year old is reported to have lost his cool when officials of AshGold opted to conduct a search on the Hearts players before the match.

The action according to sources infuriated the home fans who threatened to beat him up by throwing missiles at the former Heart of Midlothian player.

“I don't understand why they were searching us and I made up my mind that I won't allow that to happen,” Kingston is quoted by the 90 Minutes Newspaper.

“When it got to my turn I refused and an argument broke out.

“What happened afterwards, I can't say but I am not sorry for what I did. I haven't stolen anything so why conduct a search on me? he asked.”

Kingston has returned to domestic league to relaunch his career.