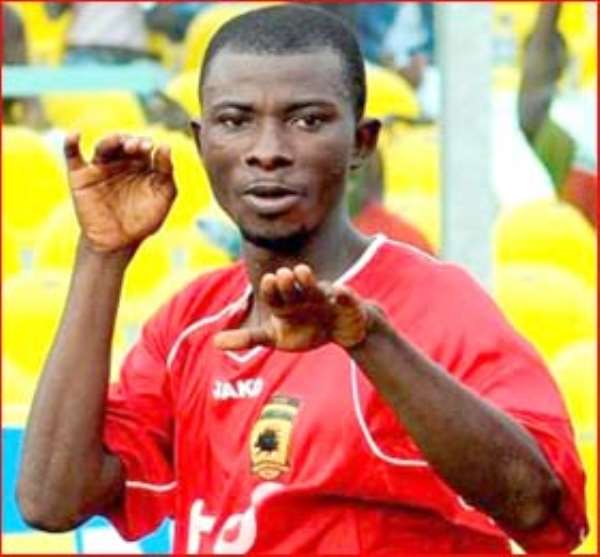 After the Black Stars' vintage performance at the just-ended Nations Cup in Angola, fireworks will return to the eight league centers today when the second round of the Glo Premiership resumes.

Surprise leaders Aduana Stars, with 28 points, travel all the way to the Obuasi Len Clay Stadium to battle fifth-placed Ashgold.

So far, debutants Aduana have shown how they could rub shoulders with all the competing teams as they would prove tough customers to the Aboakese lads. But Ashgold would be hoping to avenge the first leg 0-1 loss.

Indeed, the match between the fourth-placed Kessben FC and seventh placed Asante Kotoko at the Baba Yara Sports Stadium would be the high-profile match of the week as former Kotoko director, Kwabena Kesse's side face an uphill task in Kumasi.

The first leg ended 1-1 at the Anane Boateng Sports Stadium in Abrankese but the Porcupine Warriors who have rediscovered their form might start as favorites.

Elsewhere, third-placed Hearts Of Oak trek to the Tamale Sports Stadium to battle the pride of the north Real Tamale United.

Hearts won the first leg convincingly but the Tamale lads are hoping to overturn the table.

Second-placed Wa All Stars, who have been flying high with enterprising coach Maxwell Konadu at the helm of affairs, travel to Accra to play as guests of Great Olympics.

As usual, goalkeeper Robert Dabou would be at his best to keep a clean sheet for GFA boss Kwesi Nyantakyi's side.