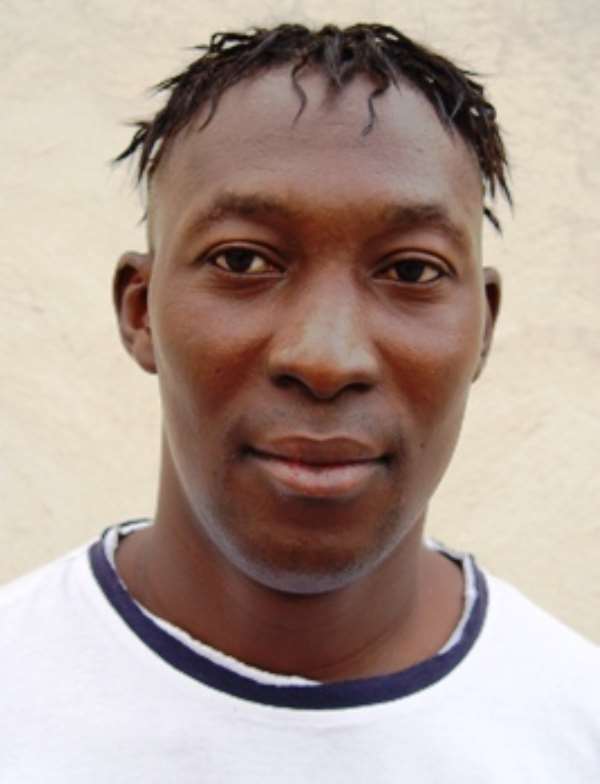 Rowdy scenes reared its ugly head once again during a Premier League encounter between Accra Hearts of Oak and Kumasi Asante Kotoko on Sunday during their Week Nine Glo Premier League clash at the Ohene Djan Stadium, Accra.

Striker Samuel Afum ensured victory for the Phobians with his 20th minute tap from a Mahatma Otoo's cross, but it was the post-match incidents that made the headlines.

Tempers flew high and helter-skelter with commotion engulfing every corner of the Stadium with pockets of fans of the two sides embroiled in either verbal or physical exchanges.

Moments after Nsawam-based referee Samuel Gyasi brought proceedings to an end, Kotoko captain and goalkeeper Abdoulaye obviously to complain about the two minutes of added-on time.

Prior to the end of the game, the Burkinabe keeper, who was appointed captain of the Kumasi-based club three days before the epic clash was shown the yellow card for racing down to the centre line in protest of the 120 seconds of added-on time.

Soulama approached the PLB Referee of the Year, who was then being escorted by a cluster of Police Officers after the final whistle, yelling in response to the unappreciable extra minutes.

A National Security personnel, Melvin Brown rushed towards the spot in his bid to calm tempers, especially with keeper Soulama, who appeared unstoppable.

To the surprise of all, what started as a "peace mission" gave birth to physical exchanges between Soulama and Brown, a renowned Karate-do expert.

It took the intervention of armed security personnel to separate the duo, before Soulama was escorted to the dressing room by a bevy of Police Officers.

A section of the Kotoko fans also hurled filled and empty plastic water bottles at Referee Gyasi and the rest of his crew as well as the security detail in support of Soulama's protest.

As the fracas was on going on the pitch, tempers were equally boiling high at other sections of the Stadium notably the Lower VVIP stand, where a fan of Hearts was chased and arrested for allegedly hurling a stone into the crowd on the pitch.

The fan who was clad in a Hearts-designed shirt was given a stormy chase by security officers before he was apprehended amidst knocks.

The North Stand of the Stadium, a noted hub for the Phobians, also had their share of the nasty scenes with fans of the two clubs engaged in physical exchanges.

Moments later officials of the two clubs, led by Frank Nelson, Vice Chairman of the Interim Management Committee (IMC) of Hearts and Sarfo Gyamfi of the Kotoko IMC talked to a section of the fans in their quest to restore calm.

Despite the seemingly heavy presence of security personnel, they had it tough controlling the fans, whose reaction served an anticlimax to the modest performance of their adored clubs.

There were however no confirmed details of casualties that rocked the biggest game of the first round of the 2009/2010 Glo Premier League.

Eight years ago, 126 fans lost their lives from an ensuing stampede during a League game involving the nation's two most glamorous Clubs at the same venue.