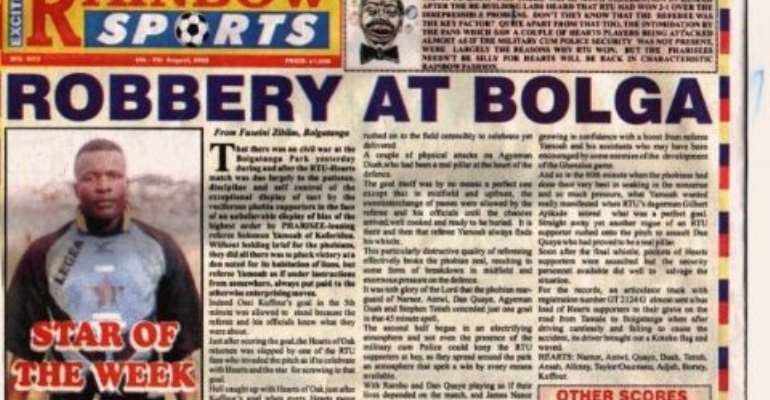 Champion club, Accra Hearts of Oak’s winning spree has been brought to an end, after they lost to RTU in Bolgatanga on Sunday but Coach Herbert Addo still believes that his team emerged victorious. According to him, his boys’ good performance during the match was hampered by poor officiating by the referee and his linesmen. The man, who has transformed the club into an unbeatable unit, says the decisions of the match officials throughout the match were contradictory. The Hearts coach says security at the Bolgatanga Park was also not adequate, hence the safety of his players was not guaranteed. He recounted how the home fans invaded the field and attacked his boys after Emmanuel Osei Kuffour’s opener was equalised by Real Tamale United’s Frank Adjei. Again Mr. Addo claims that when RTU scored their second goal, Hearts of Oak’s players were once again attacked. The invasion of the pitch by the home fans was due to the absence of an inner perimeter. But the Hearts brain says his boys have plunged into intensive training for the remaining matches, as rivals, Asante Kotoko close in with the point build up, reducing the difference to seven points. Admitting that he is now under pressure, following the loss, Mr. Addo still believes that the season is not over for Hearts of Oak. Hearts of Oak won the first round of the league going unbeaten in fifteen games but the coach thinks the second round has just started and it would not be easy.