We Should Not have Lost - Mensah 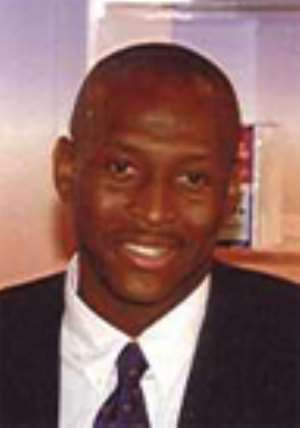 Asante Kotoko Chief Executive Herbert Mensah has called on management and supporters of the club to lift themselves up from the gloom that engulfed them after last Sunday's 0-3 loss to arch rivals, Accra Hearts of Oak. Mensah told the Kotoko Express that it was unfortunate that Kotoko played so well in the game but failed to score, and rather allowed Hearts to score thrice through rapid counterattacks. Mensah who made an unusual early morning visit to the Kotoko Express offices yesterday said he was saddened by the failure to beat Hearts especially due to the fact that our strikers failed to take their chances, but conceded that our defence leaked badly during the first half allowing for those three goals. The Kotoko CEO said it was important that we looked at what went wrong and strategise for the future, because Kotoko does not have the luxury of crying over Sunday's loss. Mensah did not have kind words for Mr F.K. Mensah of Takoradi and his assistants who he believed did not officiate the game creditably. He questioned how a handball incident in the 18-yard area found itself outside under bizarre circumstances and wondered how Shilla Alhassan's disallowed goal in the first half could have been ruled offside when the whole stadium could clearly see it was onside. "Even Hearts supporters saw the goal as genuine and that action by Referee Mensah had an adverse effect on the trend of the game as far as Kotoko was concerned," the Kotoko boss added. On how the players fared Herbert mentioned goalkeeper Sammy Adjei and Bernard Dong Bortey as astounding on the Hearts side. He had strong commendation also for Skipper Godwin Ablordey, Mohammed Hamza, Joe Sam and Isaac Owusu for first class performances.