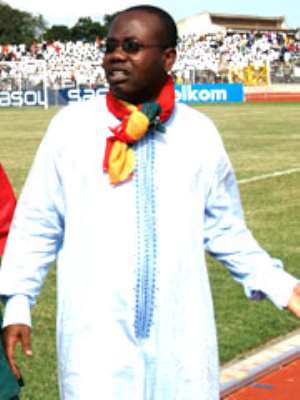 The President of the Ghana Football Association, Kwesi Nyantakyi has appealed to players, referees, fans and official throughout the country to help praise and promote the spirit of fair play on the FIFA Fair Play Days.

FIFA is holding its 13th edition of the FIFA Fair Play Days during the official match days from September 5-9 and it is supported by the FIFA President, Joseph Sepp Blatter.

“Fair Play is essential to our game and to everyone involved in it,” declared Mr. Nyantakyi, “we need to cherish and nurture the values of sporting spirit and work tirelessly to keep up the momentum. We are appealing to all football fans in Ghana to help us celebrate the FIFA Fair Play Days.”

President Blatter, recognizes the fundamental role of fair play in sport and the need to apply it to all sporting activities, including children's activities, adding, “Children need strong values to grow up with, and football being a team sport, makes them realize how essential discipline, respect, team spirit and fair play are for the game and for life,” he commented.

FIFA's fair play campaign involves much more than simply promoting fair play on the pitch during a competition, but is also committed in encouraging fair play in society too, beginning with our children, the FIFA boss stated.

FIFA Fair Play Days was introduced in 1997, and in previous years, activities have been held in dozens of countries around the world, from grassroots to top-flight football and in many community-based projects.