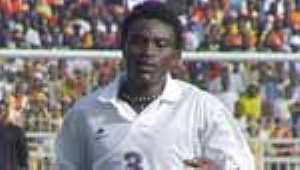 The venue for the 20th week league encounter involving Tema Youth and Kumasi Asante Kotoko, originally slated for the Tema stadium, has been shifted to the Ohene Djan Sports Stadium in Accra.

This new directive, a brainchild of Tema Youth Management is aimed at giving more spectators the opportunity to watch the cracker.

It would as well enable the home team to record colossal sum of money at the gates to support the team's financial base.

Coach Isaac Boateng aka 'Opeele' of Tema Youth who hinted this in a radio interview predicted a respectable scoreline for the hosts.

It would be recalled that despite the noise and promises made by Coach Opeele, in the lead-up to the first round encounter between the two sides, Tema Youth fell 0-2 to Kotoko at the Baba Yara Stadium in Kumasi.

He bragged of having the technical expertise to stop Kotoko's leading marksman Eric Bekeo from scoring, but Bekeo was on target on the afternoon.

Opeele insists he had rectified what went amiss in his team during the first encounter, promising to annihilate the league leaders in Accra.

“We now have quality strikers to put the ball at the back of the net of Kotoko, and good defensemen to thwart their attackers from scoring.

“We will take all the three points at stake and record a huge sum of money at the gates since more spectators from Accra would throng the stadium”.