Zoomlion to bid for Angola 2010 sanitation 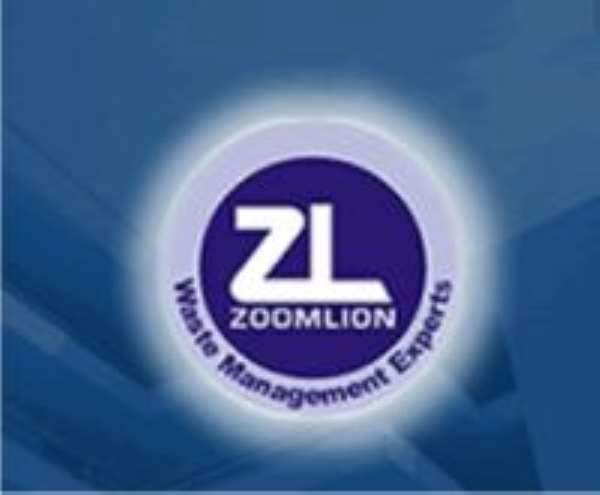 The decision by Zoomlion, which was the official waste management company for Ghana 2008, to bid for the job was informed by its remarkable record in waste management in Ghana and also the yeoman's job it did during the just ended soccer fiesta, especially in the various stadia and venue cities.

Visitors to the Guinness/MTN fan park at the Polo grounds bore testimony to the company's drive to keep a clean environment.

The company's performance was recently lauded in Parliament when the Member of Parliament for Oforikrom, Elizabeth Agyeman noted, "Since the emergence of the company, Zoomlion has not only approached waste management issues professionally, but has equally focused on delivering quality waste management solutions that rely on current technical innovations.”

According to the MP, the management of sanitation by Zoomlion during the Golden Jubilee celebration and the AU Summit among others was remarkable as it enhanced the nation's image in the eyes of the numerous visitors.

Speaking to The Statesman, Issabela Gyau-Orhin, Communications Manager of Zoomlion, said it is the company's mission to be at the forefront of Ghana's environmental service industry by introducing modern techniques and methods at competitive rates.

She disclosed that to ensure that all the venues for the just ended football tournament were kept clean, Zoomlion trained and employed extra 1000 workers. 300 sanitation workers each were stationed at the Accra and Kumasi stadia while Sekondi and Tamale had 200 each.

She said in all equipment used for the four venues included 500 vehicles made up of water tankers, Cesspit emptiers, street sweepers, and dust bins.

Mrs Gyau-Orhin pointed out that a week to the tournament, Zoomlion undertook an evacuation of refuse heaps campaign at all the tournament venues. As well, the company was involved in the beautification of all those cities. Earlier, Zoomlion had competently handled the Four Nations tournament that was a dry run for the Nation's Cup.

According to her, because the company believes in excellence, officials were sent to Germany to study how sanitation was handled during the World Cup.

Zoomlion was credited for keeping the various fan park centers set up to afford fans the opportunity to watch live matches on big screens clean.

Zoomlion was incorporated in January 2006 in Ghana and commenced operations in May 2006. It currently has 10 regional offices and presence in all the 138 Districts. It has so far employed about 9000 young men and women. According to its Communication Manager, "The 1000 employed prior to the Ghana 2008 will be gradually absorbed into the mainstream work, thereby providing employment to many more youth"

She further indicated that most of its employees were employed via the National Youth Employment Programme, which was instituted by government to reduce unemployment in the country.

Touching on the future plans of Zoomlion, Mrs Gyau-Orhin disclosed that the company will be looking at recycling and landfill site management in the future.

Meanwhile, the company is preparing feverishly towards the 6 March independence celebrations and the UNCTAD meeting later in the year.

She mentioned irregular payments from government, stealing and pilfering of tricycle spare parts and rusting of tricycles especially in coastal areas, as some of the major problems being faced by the company. "We need your support and cooperation to be able to deliver on our promise of partnering government and keep Ghana clean and healthy," she appealed to the nation.