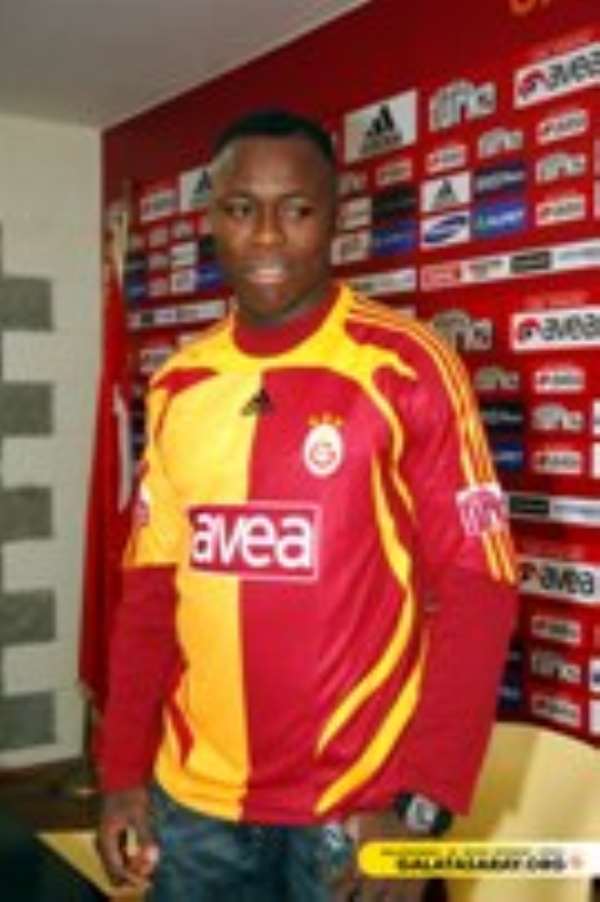 Turkish side Galatasaray have unveiled Ghana international Ahmed Barusso on Friday to their set-up for the rest of the season.

The 23-year-old midfielder joined the UEFA Cup campaigners on loan form Serie A side Roma.

Barusso signed for Roma from Serie B overachievers Rimini last summer, but he could not manage to find space in Luciano Spalletti's first-team plans.

He increases the rank of African players with the Istanbul based side -Shabani Nonda,(DR Congo) and Rigobert Song(Cameroon).

Barusso has been handed the number 15 jersey to end the 2007/2008 season.He is however cup-tied for thier UEFA Cup campaign after playing for Roma in the Champions League.