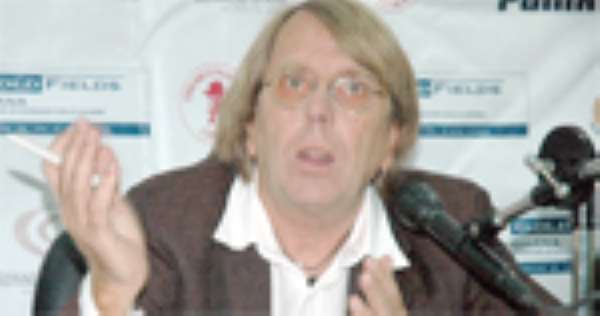 Nine local players including Eric Bekoe of Kotoko and Daniel Opare are part of the 40-man squad Claude Le Roy has named for Ghana's pre-African Cup of Nations training camp scheduled for the United Arab Emirates next month.

The Black Stars would begin preparations for Ghana 2008 with a training camp on January 5 in Dubai as Le Roy searches for his final 23 for the competition before the January 10 deadline for teams to announce their squads.

Below is the list of players that have been invited to camp.
Goalkeepers:

Ghana are in Group A, together with Namibia, Guinea and Morocco. The top two sides qualify from the group into the next round of the competition.

The Black Stars would kick off the finals on January 20 at the Ohene Djan Stadium in the capital, Accra against Guinea.