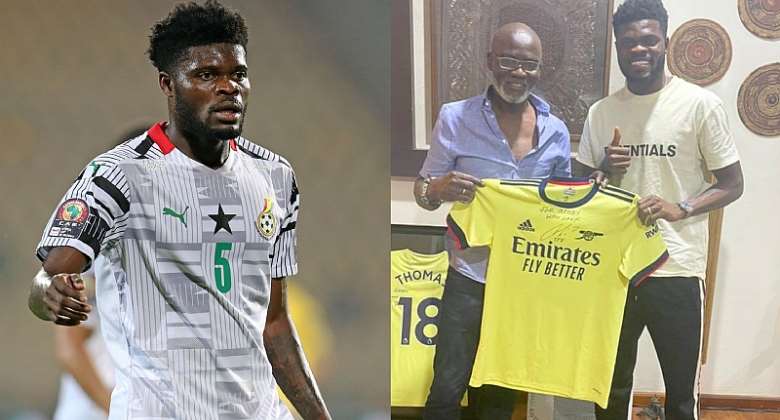 Lawyer Gabby Asare Otchere-Darko, a good friend of Arsenal and Ghana midfielder Thomas Partey, has been predicting what the player can do in the game between Ghana and Portugal in their first Group H match.

African countries have been abysmal in the ongoing Qatar 2022 FIFA World Cup; all the representatives except Ghana, who is yet to play, registered no goals in their first matches.

Gabby believes the Black Stars of Ghana, despite being the lowest-ranked team in the tournament, can end that misfortune, as the whole of Africa is now looking out for their display.

Gabby posited in a tweet on Thursday, November 24, seen by Modernghana News, that Arsenal player Thomas Teye Partey will deliver just as he did to seal Ghana’s World Cup qualification against the Super Eagles of Nigeria.

“So far, Qatar not looking good for Africa. None of the African nations who have played so far has managed a victory. All eyes on Ghana to ignite Africa's participation in 2022 FIFA World Cup. I trust my guy Thomas Partey to deliver. Watch this space!” Gabby’s tweet reads.