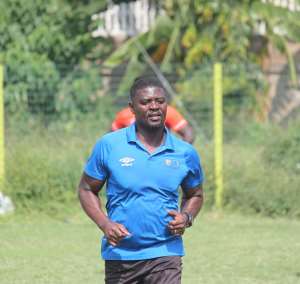 Ghana Premier League giants, Hearts of Oak have released a statement to confirm that Coach Samuel Boadu is no longer in charge of the first team.

“Accra Hearts of Oak Plc has decided to part ways with the entire technical team of the senior team led by Coach Samuel Boadu with immediate effect. The Club is of the opinion that there is the need for a new direction and the energy to ensure its broader objectives are achieved and it feels the time for that new direction is now.

“The Board and management will like to thank Samuel Boadu and his assistants for their contribution to our history and the memories - which will always remain with us. The club will like to wish them the best of luck in their future endeavors,” an official Hearts of Oak statement said on Tuesday, September 27.

While the club looks for a new technical team, Hearts of Oak says the coach of the U20- Samuel Nii Noi will be assisted by Benjamin Mensah to handle the team until a substantive head coach is appointed.

Find more in the statement below: