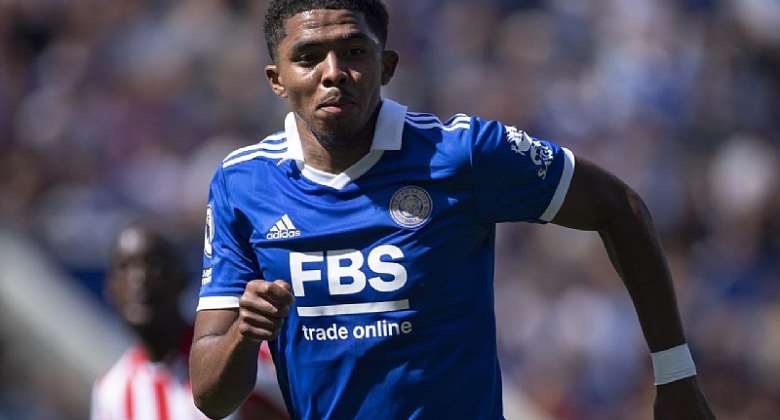 The Blues are looking to get a deal for the France Under-21 international over the line before the window closes, but they have faced stiff resistance from their fellow Premier League side so far.

Brendan Rodgers said on Thursday that two bids had been rejected as they were "nowhere near what the club would consider".

However, the Daily Mail reports that the move is edging closer as personal terms have been agreed between Chelsea and Fofana.

The 21-year-old will see his salary bumped up to around £200,000 per week at Stamford Bridge, if the two clubs can agree a fee.

The outlet says that the two Chelsea bids rejected so far were worth £60m and £65m, but Leicester value Fofana at around £80m.

Rodgers was firm with his stance when questioned about Fofana’s potential sale earlier this week.

“We’re not looking to sell. Naturally, if there’s interest from other clubs, that is looked at by the club,” said the Foxes manager.

“He’s a top young defender and there are not too many around his age.”

Fofana joined Leicester from Saint-Etienne in October 2020 and he has made 51 appearances in all competitions for the club, helping them reach the Europa Conference League semi-finals last season.

The youngster signed a contract extension in March that ties him to Leicester until 2027, putting the King Power outfit in a strong bargaining position.

Chelsea are looking to reinforce their defence after losing Antonio Rudiger and Andreas Christensen over the summer.

The centre-backs joined Real Madrid and Barcelona respectively on free transfers, while Kalidou Koulibaly was brought in as a replacement from Napoli for £34m.

Thomas Tuchel’s side have had a busy window so far, also adding Marc Cucurella from Brighton, and Raheem Sterling from Chelsea.

They began their Premier League campaign with a 1-0 win over Everton last weekend, coming courtesy of a Jorginho penalty.

Chelsea face Tottenham on Sunday afternoon in the big game of the weekend, while Leicester travel to Arsenal on Saturday.