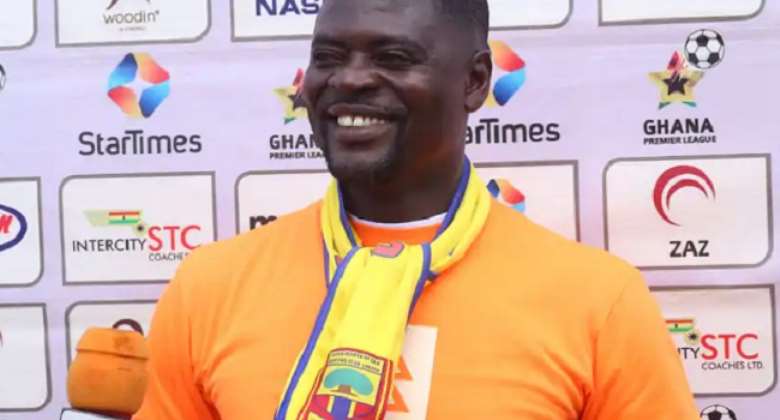 Samuel Boadu, the head coach of Hearts of Oak says he does not need a statue to be remembered by the supporters of the club despite his remarkable achievement at the club.

Boadu, who joined the Phobians on a three-year deal from Medeama SC has been impressive, winning five trophies in his year and a half stay at the club.

Hearts of Oak however failed to defend their Premier League title, finishing 6th on the league log with 48 points.

Boadu however led his side to defend their FA Cup against Bechem United at the Baba Yara Stadium.

"After 11 years, I was able to win a trophy for Hearts of Oak. I won the FA Cup as well," he told Asempa FM.

"I think I would be remembered for my cordial relationship with the fans. I don't need a statue to be remembered as Hearts of Oak coach. I will just stay focused and do my job," he added.

The former Medeama trainer will lead Hearts in Africa again next season as they compete for a slot in the group stages of the CAF Confederation Cup.