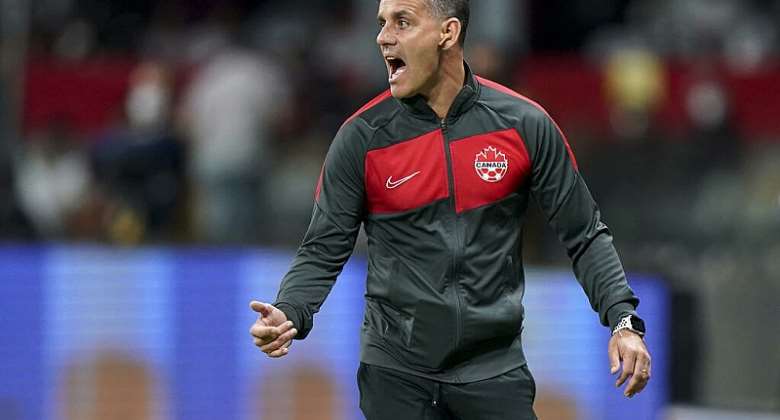 Canada play in Panama on Wednesday night seeking at least a draw that will leave them as the top team in the Concacaf qualifiers for the 2022 World Cup in Qatar.

John Herdman's side go into the 14th and final game leading the pack of eight sides with 28 points.

They reached the perch on Sunday night after thrashing Jamaica 4-0 at the BMO Field in Toronto.

The victory booked their place at a World Cup for the first time since 1986.

Cyle Larin set them on their way in the 13th minute and Tajan Buchanan added the second on the stroke of half-time.

Junior Hoilett effectively started the celebration party with the third goal seven minutes from time and Adrian Mariappa ended a nightmare match for the Jamaicans when he put through his own net in the final minute.

"Our journey to reach the World Cup has been something that has been extraordinary. I'd never have imagined this. I'm really happy and I just hope that we can go to the World Cup and show everybody that Canada is football country."

The last time Canada appeared at the quadrennial football fest, the team lost to France, Hungary and Soviet Union without scoring a goal.

Second-placed United States, Mexico in third and Costa Rica will vie for the other two automatic qualification spots.

The US virtually booked their ticket with a 5-1 annihilation over Panama. Christian Pulisic, who plays for the English Premier League side Chelsea, opened the scoring in the 17th minute from the penalty spot.

Pulisic made it 4-0 on the cusp of half-time - also from the penalty spot.

And the 23-year-old completed his treble mid way through the second half.

Anibal Godoy grabbed a consolation in the 85th minute for Thomas Christiansen's team who would have maintained their hopes of the fourth place play-off slot had they won.

Panama's defeat guaranteed Costa Rica that berth. And their 2-1 victory in El Salvador means that they could overtake Mexico in third.

But to do that, Costa Rica will on Wednesday night have to overcome the US by at least three goals and hope that Mexcio lose to El Salvador by a two goal margin.

Permutations of little concern to the Canadians.
"I think this country never believed in us because we've given them nothing to believe in," said Herdman. "They believe now.

"This is the time for everyone to get behind football and unite because we can be a powerhouse."