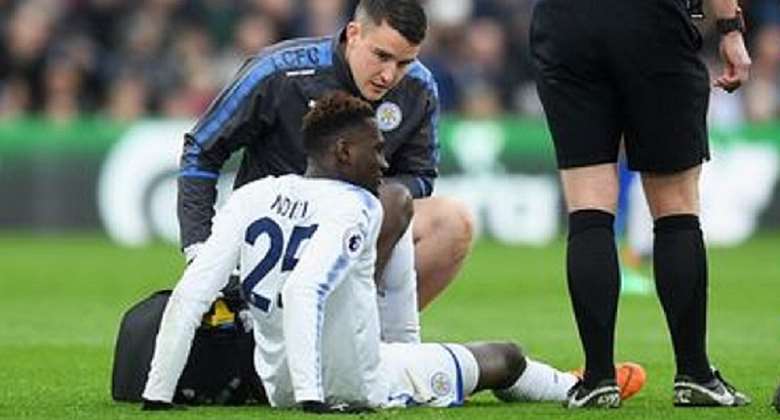 Nigeria midfielder Wilfred Ndidi is on the verge of missing the 2022 Fifa World Cup qualifying playoffs against Ghana next week.

Ndidi hobbled off on the hour-mark as the Foxes lost 2-1 to Stade Rennais but advanced to the quarterfinals with a 3-2 aggregate.

Speaking after the match, Leicester manager Brendan Rodgers hinted that the 25-year-old may have damaged his ligament.

“Ndidi has a block tackle so his medial ligament in his knee, so we’ll see how that is,” Rodgers told BT Sports.

Research indicates recovery time for medial ligament injuries depends on the severity of the damage but they take six weeks to heal on average.

However, if not as bad as it looks, Ndidi – a key member of the Super Eagles team – may be back in a week. Chances of such happening are however tight considering the player has faced similar problems in the past.

Nigeria coach Austin Eguavoen may be forced to rope in Saudi-based Ogenyi Onazi who was placed on the standby list of the Super Eagles.

The Super Eagles play guests to Ghana in the playoffs first leg at Baba Yara Stadium in Kumasi on March 25 before hosting the reverse four days later in Abuja.

Kudus becomes first Ghanaian player to score twice in a sing...
48 minutes ago