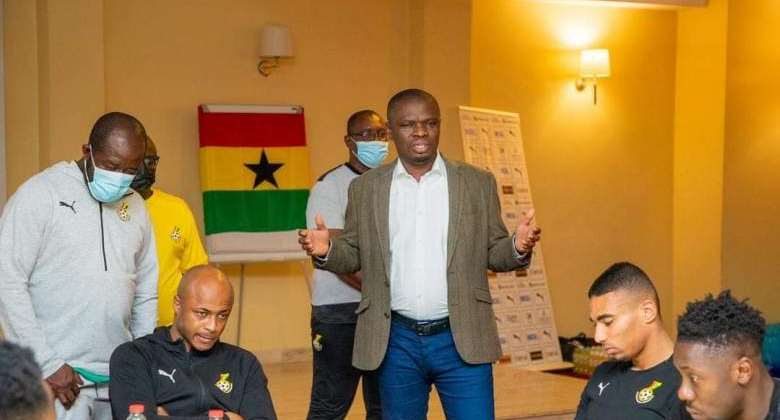 Youth and Sports Minister, Mustapha Ussif has dismissed media reports suggesting that a whopping $25 million was spent on the Black Stars at the 2021 Africa Cup of Nations [AFCON] in Cameroon.

The Black Stars despite suffering an early elimination from the tournament, widespread reports suggest that government squandered the aforementioned money on the team.

However, Ussif was quick to put an end to the perception when given the opportunity in Parliament on Wednesday.

According to him, only $2 million was spent on the team despite the early crashing.

“The $25m was a fundraising drive to raise an amount to be able to support various sporting events. It is not the amount given to the Black Stars for the AFCON campaign”, Mustapha Ussif said in Parliament on Wednesday.

“Out of the fundraising drive seeking corporate support to support our national teams, the ministry has been able to realize $2m out of the said target of $25m and I want to use this opportunity to set the records straight”, the legislator explained.

Ghana exited the 2021 continental showpiece in an embarrassing manner with one point from a possible nine – the worst campaign in the country’s football history.

The disappointing showing has led to the dismissal of Milovan Rajevac as Black Stars’ head coach and the dissolution of the Management Committee.