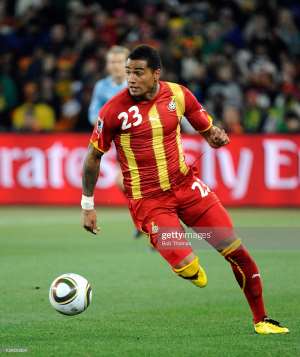 The national team recorded their worse tournament in the history of the Africa Cup of Nations [AFCON].

The Black Stars exited the ongoing tournament in Cameroon at the group phase with just a point in a group with Morocco, Gabon and Comoros.

Explaining how the Black Stars can be competitive on the Twitter Space interview, the Hertha Berlin attacker indicated the team can make an impact with the inclusion of experienced players.

Ghana despite the abysmal performance in Yaounde will take on Nigeria in the 2022 Fifa World Cup playoffs in March.