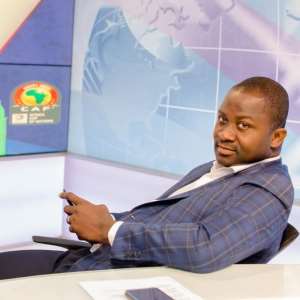 Milovan Rajevac who was tasked to win the 33rd edition of the Africa Cup of Nations [AFCON] but exited the tournament at the group phase for the first time in 2006.

The Black Stars failed to record a win and finished at the bottom of Group C with just a point.

Following the team's elimination, the 63-year-old Serbian trainer speaking to the press said his mandate is to steer the team to qualify for the 2022 World Cup in Qatar.

But the former Kotoko Express Editor believe Ghana's hopes of returning to the Mundial after missing out in Russia in 2018 will be crashed if Milovan Rajevac is not shown the exit.

"Milovan Rajevac will crash our World Cup dreams if he stays," he told Accra based Asempa FM.

"He doesn't have trust in the players because it looks like some of the players were imposed on him and doesn't look happy and for me, the decision to bring him back is a worse decision.

Ghana will have home advantage first and both legs will be played between March 21 and 29 with the aggregate winners securing a place at the 2022 World Cup in Qatar.