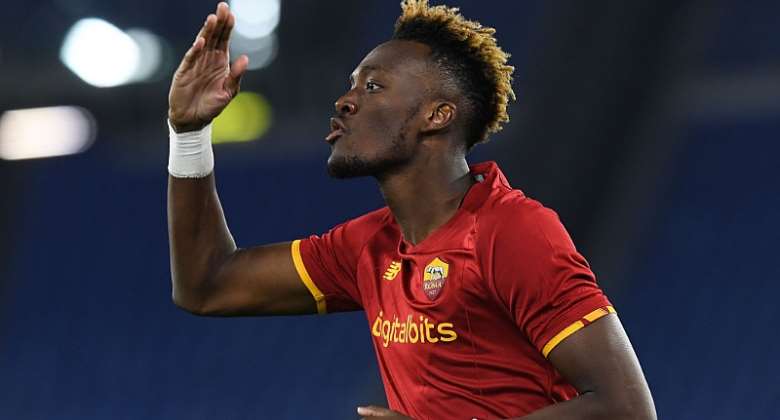 Tammy Abraham put Roma into an Italian Cup quarterfinal with Inter Milan on Thursday, pulling his team out of the mire against second-tier Lecce with the crucial goal and assist in a 3-1 win.

England international Abraham put Roma ahead in the 54th minute with a smart turn and low drive which calmed nerves among the smattering of home fans at the Stadio Olimpico, who had already suffered some humbling defeats this season.

They had watched their team go behind to Lecce in the 14th minute thanks to a bullet header from Arturo Calabresi, who came through Roma's youth academy and is the son of actor Paolo Calabresi, a well-known television personality in Italy and also a Roma fan.

Apart from his numerous acting and presenting roles, Calabresi senior is famous for getting into the Santiago Bernabeu to watch Roma beat Real Madrid 2-1 in 2008 by pretending to be American actor Nicolas Cage.

With the crowd starting to turn on their team, Abraham rose highest to meet Sergio Oliveira's corner with five minutes before the break, flicking the ball into the path of Marash Kumbulla who headed home the leveller.

The hosts started the second half in more confident mood and almost went ahead straight after the restart when Nicolo Zaniolo smashed a long-range effort off the inside of the post.

And the match was as good as over when, eight minutes after Abraham fired home Roma's second, Mario Gargiulo was sent off for picking up two yellow cards in quick succession.

Eldor Shomurodov made sure of Roma's passage into the next round when after being set on his way by Henrikh Mkhitaryan, the Uzbek international dribbled past Valentin Gendrey and slotted in a low finish.

The quarterfinal ties are scheduled to be played on 9 February.