'I will not resign as Ghana FA president', says Kurt Okraku after Black Stars abysmal performance in Cameroon 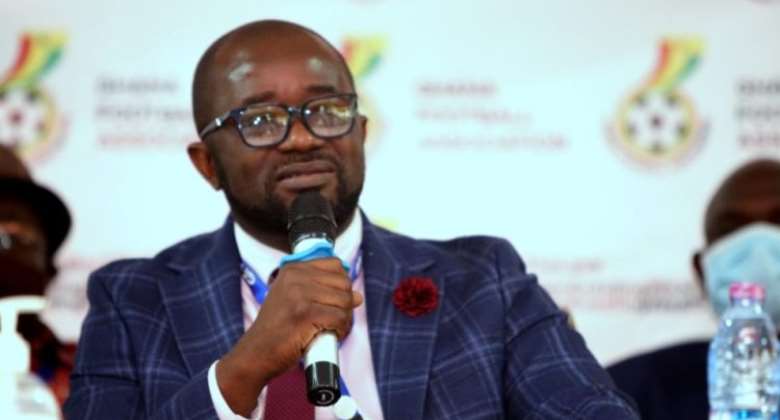 Kurt Okraku, the president of the Ghana Football Association [GFA] has reiterated that he will not resign from his position despite the Black Stars horrendous performance in Cameroon.

Ghana who were hoping to end its 40 years trophy drought in the ongoing 2021 Africa Cup of Nations [AFCON] have exited the tournament at the group phase.

The Black Stars after three games played lost twice and drew one. Milovan Rajevac opened their campaign with a defeat against Morocco and a draw against Gabon.

In the final Group C game on Tuesday, the team were humiliated by a 3-2 defeat by debutants Comoros.

Following the shambolic and abysmal performance of the team, several Ghanaians have called on Mr Okraku to resign from his position.

But the former MTN FA Cup chairman insisted it is not a topic that should be discussed insisting it is about time we stick together as a country and fix the mess.

"I don't think it is a topic that we should discuss," he told Accra based Asempa FM.

"In 2006, we exited at the group phase and we never called for the heads of the people in charge.

"We have played in two finals and after failing to win the trophy nobody called for the exit of people.

"I know people are angry by the performance of the team but I don't think asking me to resign is the right thing but we have to stick together and fix the situation," he added.

Arise Ghana demo: They're political elements not professiona...
57 minutes ago