2021 AFCON: I am disappointed and devastated - Asamoah Gyan speaks on Black Stars elimination 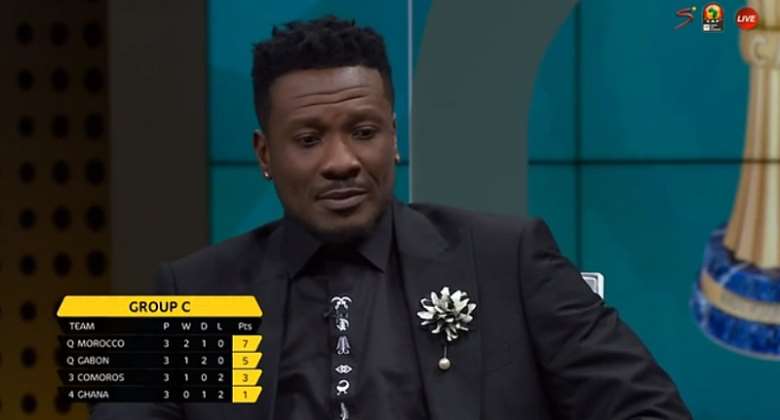 The four-time African champions have been bundled out of the tournament following a 3-2 defeat to Comoros on Tuesday night.

Disappointed and devastated Gyan, speaking after the game criticized the team for not showing enough desire in the tournament.

“I’m devastated and sad. You cannot win a game with this kind of attitude. I saw the real Ghana when we went a man down. We didn’t see the real Ghana throughout this tournament," he said on SuperSport TV.

“I’m a bit upset because why do you have to push when you have ten men when you can actually do the same with eleven men. I can’t understand. I have been in the game for a long time and it’s one of those things but I’m very disappointed in this game.

“We didn’t play with any determination and desire. If we had gone home with a good performance, Ghanaians will be proud. We gave the people nothing to talk about," he added.

Ghana opened their campaign with a 1-0 defeat to Morocco before sharing spoils with Gabon in the second group game.

The Black Stars situation got worse after finishing 4th with just a point.

'Parties must have functioning offices, file their accounts ...
16 minutes ago