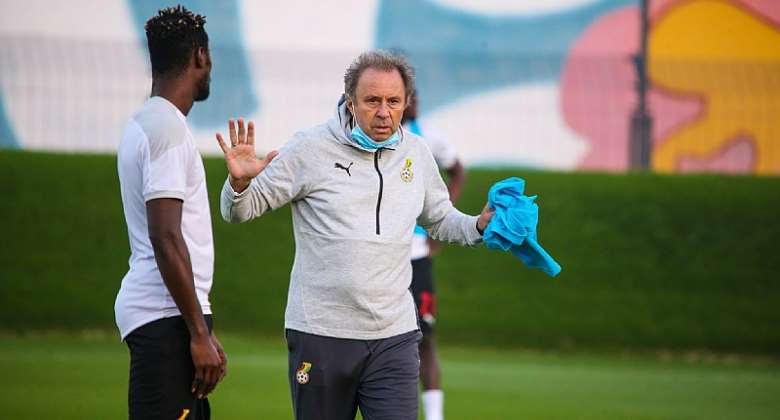 Black Stars coach, Milovan Rajevac has attributed his side's poor and abysmal performance at the ongoing 2021 Africa Cup of Nations (AFCON) on the lack of adequate preparations for the tournament.

The Serbian trainer noted that he had a short time to implement his ideas on the current squad and believes the team will improve going forward.

Ghana are at a crossroad with a crunch meeting against a Comoros side that have nothing to lose having lost all two matches at the tournament.

Speaking ahead of the final group game against Comoros today, Milo refuted claims that there was a communication bridge between himself and the players due to his inability to speak English.

“Communication is not a problem and they understand me very well. We just didn’t have enough time to prepare the team for the tournament," he said.

“I followed the team well. Sadly, we need to do something at short notice. I’m trying to implement these things and we are on the right path. We lost the first game in 2010 AFCON. We will def improve.

The Black Stars arrived in Garoua on the early hours of Sunday for their final preparations ahead of the game with Comoros at the Stade Roumdé Adjia in Garoua on Tuesday.

Ghana need an important victory over their opponents to force a knockout berth having struggled to win her first two matches against Morocco and Gabon at the AFCON.