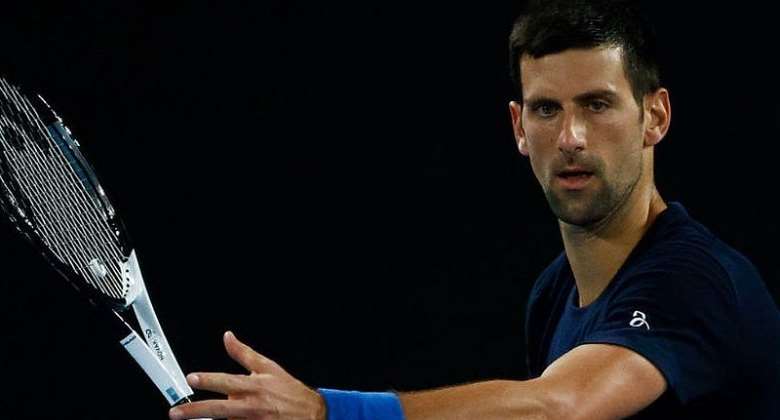 Novak Djokovic says he is "extremely disappointed" with a court decision to deport him from Australia and prevent his defence of the Australian Open.

Serb Djokovic, who is unvaccinated against Covid-19, failed to overturn a decision from the government to cancel his visa on public health grounds.

The world number one, 34, boarded a flight bound for Dubai from Melbourne on Sunday.

"I will now be taking some time to rest and to recuperate," he said.

Djokovic was bidding to have the chance to win a record 21st men's Grand Slam title, moving him clear of Spain's Rafael Nadal and Switzerland's Roger Federer for the first time.

Djokovic's deportation means 35-year-old Nadal is the only one of the trio playing at Melbourne Park. Federer, 40, is out with a long-term knee injury.

The decision ends an 11-day legal dispute over whether Djokovic would be able to play.

He had his visa cancelled when he landed in Melbourne on 5 January and was then detained in an immigration hotel. Although that decision was overturned on procedural grounds, Australia immigration minister Alex Hawke cancelled his visa again on Friday.

Britain's Andy Murray told the BBC he hoped the sport could move on from the saga and learn lessons for the future.

It wished Djokovic well and added it continued to "strongly recommend" all players were vaccinated.

The court's decision also sees Djokovic's recent domination at the opening Grand Slam of the season come to an end.

The Serb had won the past three Australian Open titles and was hoping to triumph for a record-extending 10th in total this year.

"I will now be taking some time to rest and to recuperate, before making any further comments beyond this," he said.

"I am extremely disappointed with the ruling to dismiss my application for judicial review of the decision to cancel my visa, which means I cannot stay in Australia and participate in the Australian Open.

"I respect the court's ruling and I'll cooperate with the relevant authorities in relation to my departure from Australia.

"I am uncomfortable that the focus of the past weeks has been on me and I hope that we can all now focus on the game and tournament I love.

"I would like to wish the players, tournament officials, staff, volunteers and fans all the best for the tournament.

"Finally, I would like to thank my family, friends, team, supporters, fans and my fellow Serbians for your continued support. You have all been a great source of strength to me."