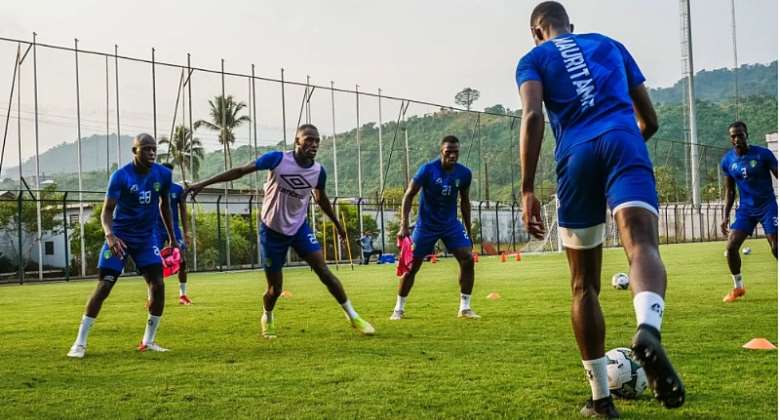 Neighbors Mauritania and Gambia will start their Group F adventure of the TotalEnergies Africa Cup of Nations, Cameroon 2021 with an awaited encounter in Limbe.

After a début appearance in Egypt 2019, Mauritania’s Mourabitones are back in the TotalEnergies Africa Cup of Nations with hopes in a better outing.

With the upper hand over neighbours Gambia in head-to-head games, they enter the group opener knowing that a positive result might mean a huge step towards the second round.

There might be a chance for the tournament’s youngest player, Lekweiry Beyatt, who only turned 16 last April.

"I'm satisfied with our preparation in Abu Dhabi. We played 2 friendlies, and we are ready to start our campaign. I benefit from the work done by Corentin Martins, who laid the foundations for this progressive success. Now we had to find momentum, our goal is to be at least in the round of 16. We are calm, realistic, we have to show humility, we will bring a breath of fresh air to this AFCON. Gambia is a good team with very big individuals, it is not a team to be neglected, and they can be the tournament's surprise.

"It is a pride for me to defend the colours of Mauritania at this high level. We are prepared to be in tune with high goals. We are focused on the objective, it is to take this team to a new level. We have progressed in this transition phase, we have content to look alike. Technically, physically, we are all ready."

The Gambia, playing their first-ever AFCON finals will also seek a bright opener for their continental big stage debut.

Belgian coach Tom Saintfiet led the Scorpions to achieve their best feat in football, and now he will need one more step forward. He will be depending on the likes of Assan Cessay, Ebrima Darboe, Musa Barrow and others.

“We have ambitions, and we enter this AFCON with delight. In 51 years, Gambia have not played in an international competition. We will start this competition without pressure. The atmosphere is fantastic. A whole country is concerned. Gambia has fantastic young footballers who want to appear in front of the world. We are not here for tourism but to represent this young nation.

“We wrote history for Gambia with this first AFCON qualification. Now the recreation is over, we will play with our qualities, get into this competition well. We will think of it match by match ”