Laryea Kingston Off To Isreal 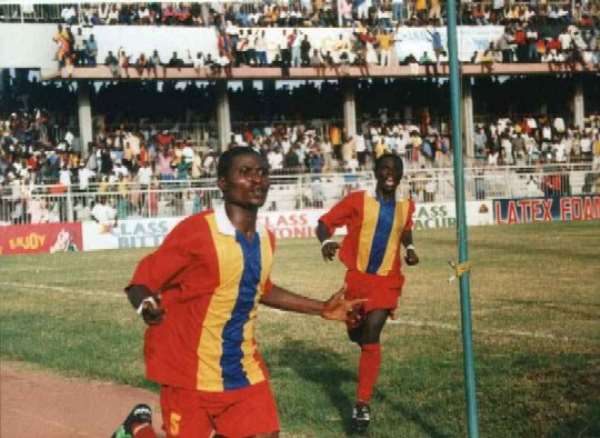 Accra Hearts Of Oak midfielder, Laryea Kingston leaves Accra on Friday to begin a one-year loan period with Israeli club Maccabi Haifa. The player who is currently ranked as one of the best offensive midfielders in Ghana has been a pillar of strength behind Hearts Of Oak’s unbeaten run in the ten week old Kinapharma Premier league and hopes he will settle down quickly at Haifa.

The former Israeli champions have an option to buy when the loan period expires next summer.

Kingston however told Myjoyonline.com that he would return to Ghana after only two weeks at his new club to feature in Hearts Of Oak’s first league game of the season against archrivals Kumasi Asante Kotoko in mid August.

Curiously, it will be Kingston’s first time playing against Kotoko in the league even though he is in his second season with Hearts.

“I dream about a match against Kotoko all the time. I have never played against them in the league. I just think this time I have the opportunity to play and my team in Israel has agreed to let me come. I can’t wait for the Kotoko match.

I want to pay my dues. I want to bow out in style and there could not be a bigger platform.” Kingston’s rise in the Hearts Of Oak setup has been meteoric howbeit fraught with disciplinary issues.

The Ghana Football Association slapped a ban on him for pulling off his pants after scoring his very first goal for Hearts Of Oak.

But after that initial faux pas Kingston’s performance on the field helped Hearts Of Oak to the 2002 premier league title, their sixth title in as many years.

Kingston is not new to the Middle East after he spent sometime in neighboring Bahrain on a four-month loan.He returned to Ghana in February 2003.