Could any African player win the 2022 Ballon d’Or? 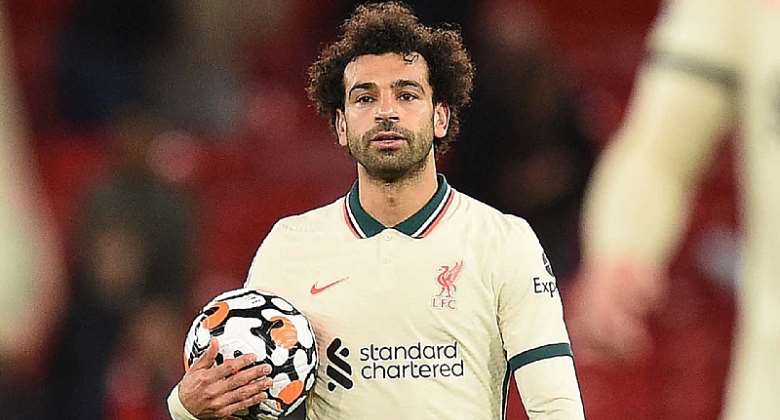 With the exception of George Weah in 1995, every recipient of the Ballon d’Or has either come from Brazil, Argentina or Europe since the inception of the award in 1955.

Together, eternal rivals in Lionel Messi and Cristiano Ronaldo have formed a duopoly of the award over the past decade, and history was made once again on Monday as the former made it a record-extending seven wins.

On that occasion, Mohamed Salah was the continent’s top-ranked player, with the Liverpool star recognized at number seven, amid claims that he was deserving of a higher finish.

As more African stars continue to make their impact in global football, we take a look at some of the continent’s top performers and their chances of claiming one of football’s most coveted prizes.

While the exact criteria for awarding the Ballon d’Or isn’t entirely transparent, one factor that has remained a constant with previous winners is consistency.

While many African stars have hit superb form on several occasions, only one name exactly stands out and can be attributed with being consistent.

In 51 total appearances, he had 31 goals alongside six assists.

Barely halfway into the 2021/22 season, he already has 17 goals and seven assists in 18 total appearances – only Bayern Munich’s Robert Lewandowski has managed more in Europe.

If Salah can manage to maintain that kind of form all through 2022 and perhaps inspire Egypt to an Afcon triumph, he could well head into the next edition of the Ballon d’Or as a genuine favourite to win it.

Take into consideration that Lewandowski’s phenomenal numbers in 2020 and 2021 were not enough to win him the award and it becomes clear that a host of African stars are still way behind in attacking numbers.

Salah’s Liverpool teammate Sadio Mane, alongside Victor Osimhen, Riyad Mahrez and much recently Sebastien Haller have been stellar names over the past year but will need something out of the ordinary to make a statement.

Chelsea man Edouard Mendy has also gained positive plaudits from fans and pundits alike but what are the chances of a goalkeeper winning the award when it’s so heavily weighed in favour of attacking players?

Salah remains the continent’s best shout at a Ballon d’Or, and all eyes will be closely watching the Egyptian king to see if he can keep up or perhaps improve on his current impressive form.