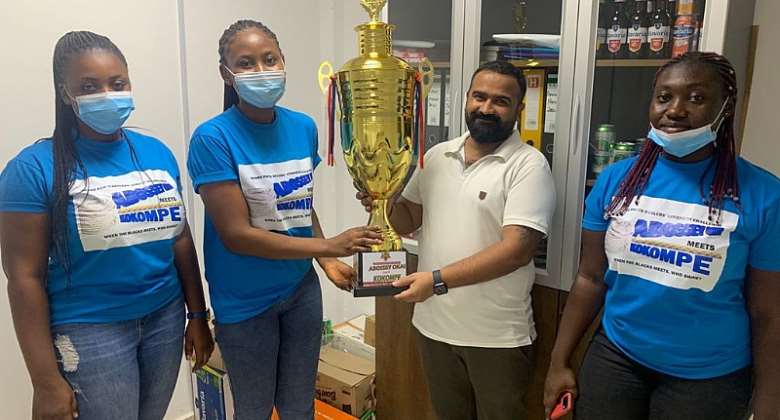 The Abossey Okai versus Kokompe Tug of War sporting event comes off on Saturday, 4th December, 2021 at the Fadama AstroTurf at 6:00 PM.

Dreamland Sports Plus, the organisers are preparing and putting all items together for a successful event.

According to Communications Manager, Miss Sarah Awini they have secured all prizes to be at stake, such as medals, the giants' trophy and products from sponsors.

She named the sponsors as 8:00 PM, Freedom Beer, Bavaria and Parle, hoping that others who love entertainment and sports will come on board.

Secretary-General of the Ghana Tug of War Association, Mr William Ocansey revealed that eight strong teams will take part in the competition to see is the best to meet other suburbs of the capital.

“We had a great event at Bukom, and we want to repeat and make people have much fun. This year we have begun on a healthy note and pray that we shall have a better event, after a successful trophy tour” he expressed.

The giant trophy was received by Tsatsu Hadjor of Kasapreko Company Ltd. and Ravi Soni of Deexim company Ltd, producers of Bavaria as well as Mr Isaac Van- Edson Tsatsu Hadjor, Trade Marketing & Activation who had an opportunity to observe the trophy tour and hoped that the best teams will win.