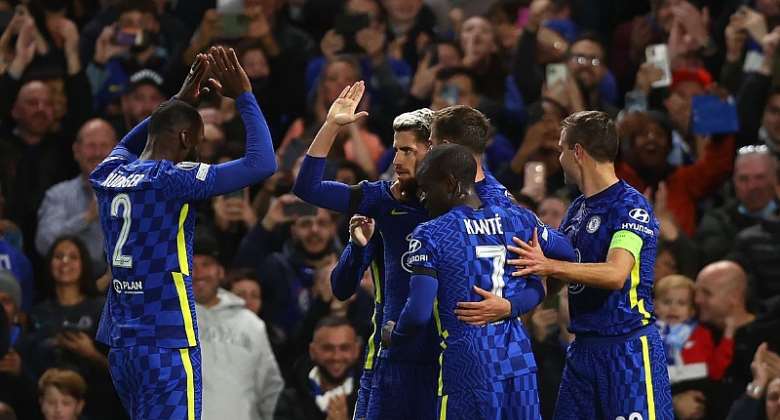 Chelsea's emphatic victory over Malmo in Champions League H was overshadowed by the injuries suffered by Romelu Lukaku and Timo Werner.

The Blues made the perfect response to the surprise 1-0 defeat to Juventus last time out, completely outplaying their Swedish opponents with a stylish performance. However, it came at a cost.

Thomas Tuchel reverted to a 3-4-3 formation, and, having struggled to break Brentford down in the 1-0 win on Saturday, Chelsea looked much more fluid in attack.

Their reward for a dominant first-half display was a 2-0 goal lead. Thiago Silva, one of four changes, delivered a fine cross which was converted by fellow defender Andreas Christensen on the volley, as the 25-year-old finally celebrated his first goal for the club in his 137th appearance.

Chelsea continued to play at a high intensity and were awarded a penalty when Lukaku was brought down by Lasse Nielsen's scissor tackle, which subsequently forced the Belgian off. Jorginho converted from the spot.

And yet the hosts continued to play with a swagger as the makeshift strike combined for Chelsea's third. Callum Hudson-Odoi - the replacement for Werner, who later limped off with a hamstring injury - drove forward and played a reverse pass into the feet of Kai Havertz - Lukaku's replacement - and the Germany international made no mistake for his second goal of the season.

Goal number four followed shortly as Jorginho once again displayed his remarkable penalty-taking ability when he slotted home from the spot after Antonio Rudiger was upended in the box.

The victory keeps Chelsea second with six points, three behind Juventus who beat Zenit St Petersburg 1-0 in Russia. Malmo remain bottom without a point or a goal scored.