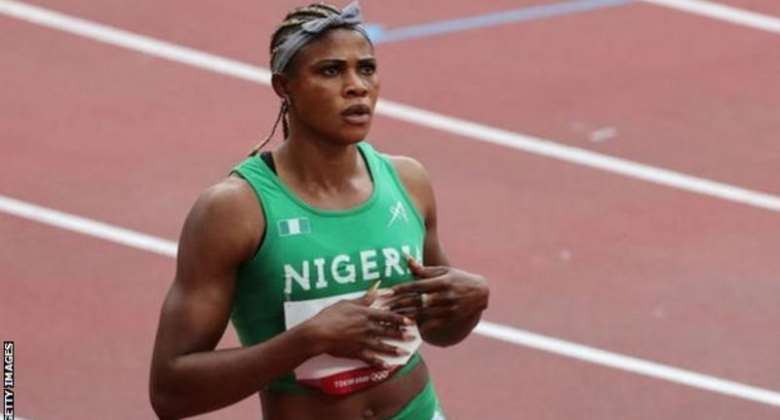 Nigerian sprinter Blessing Okagbare has been charged with three offences by the Athletics Integrity Unit (AIU).

She was suspended during the Tokyo Olympics after testing positive for a human growth hormone following an out-of-competition test on 19 July.

She has also been charged for not co-operating with the AIU's investigation.

The AIU alleges Okagbare "failed to comply with a formal requirement to produce relevant documents, records and electronic storage devices" to the investigation.

Okagbare - a rival to Great Britain's Dina Asher-Smith - had won her 100m heat in Tokyo before being pulled out of the Games.

Okagbare, Olympic long jump silver medallist in Beijing in 2008, denies all the charges.