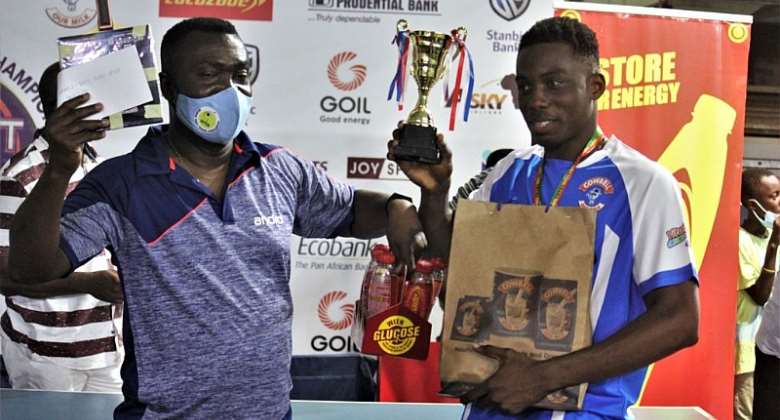 Godwin Alabi won the Boys U21 category of the Talents meets Opportunity championship at the DG Hathiramani Sports Hall last Saturday against Desmond Osei in the final match.

In the boys U11 final between Frank Aduhene vs Israel Aklie, Frank won by 3 sets to 1 against Israel, while Juanita Borteley from Nungua beat Jessica Dzrah by 3-1 to be crowned the winner.

Francis Antwi won the Boys U18 after beating James Yeboah by 3 sets to 1 in the final game, as Judith Acheampong also won by beating Diana Opoku.

The winners were awarded with cash prizes, medals, trophies and souvenirs from the Ghana Table Tennis Association and their sponsors.

The championship was organized to prepare and organize the players for future tournaments and also to hunt for worthy players for the national teams from across the country to meet and show off their talents and what they are made of.