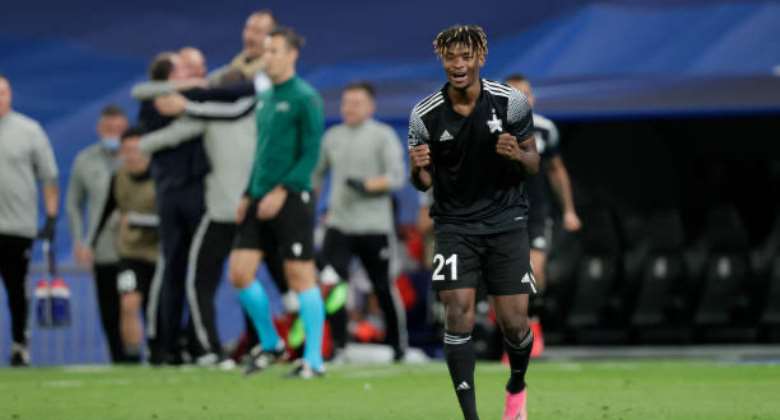 FC Sheriff midfielder, Edmund Addo is set to earn a maiden call up to the Black Stars, Modernghana.com understands.

This emerges after Fiorentina midfielder, Alfred Duncan informed Black Stars coach, Milovan Rajevac he will not be able to turn up for the country's 2022 Fifa World Cup qualifiers against Zimbabwe due to injury.

Duncan was named in Ghana's 32-man provisional squad for the doubleheader next month.

However, Addo who has dominated the local media is expected to replace Duncan for the qualifiers.

The young midfielder put up an impressive performance against Real Madrid on Tuesday in the Uefa Champions League.

Addo has emerged as the perfect replacement following his exploits in the 2021-22 Uefa Champions League and Moldavan Premier League respectively.

He was the coolest head on the Moldovan team, completing 92.3% of his 13 passes in the game, the highest percentage of any player who completed more than two passes for the away side.

The Black Stars will take on the Warriors on Saturday, October 9, at the Cape Coast stadium on matchday three of the qualifiers before travelling to Harare three days later for the reverse fixture.