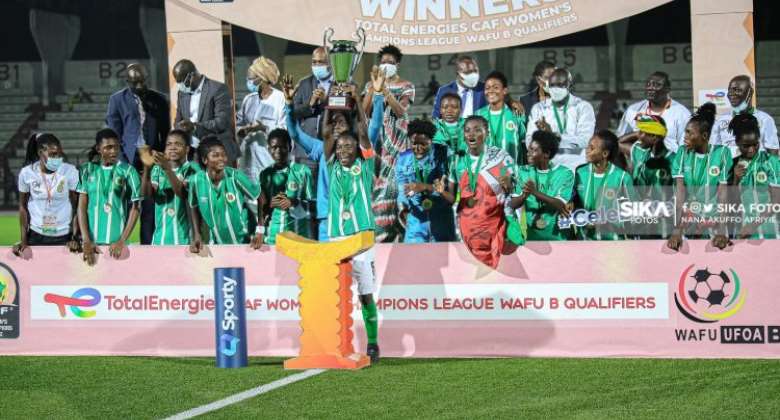 Ghana’s Hasaacas Ladies have been drawn in Group A of the maiden CAF Women’s Champions League.

Following the draw which was held today in Cairo, Egypt, Hasaacas Ladies have been drawn alongside Wadi Degla of Egypt, AS Mande of Mali and Malabo King of Equatorial Guinea.

The competition will take place from the 5th to the 19th of November, 2021 in Cairo, Egypt.

The first edition of the competition will see eight women’s teams from across Africa compete for the trophy after progressing to the main tournament out of 32 participants in the qualifiers.

Meanwhile, Vihiga Queens FC of Kenya go against Mamelodi Sundowns FC of South Africa, Asfar Club of Morocco and Rivers Angels of Nigeria are all in Group B.

Hasaacas Ladies will play their first game against Malabo Kings of Equatorial Guinea.

'We will stand united to oppose e-levy' – Haruna Iddrisu but...
51 minutes ago