Asante Kotoko: I have not been served termination letter - John Smith 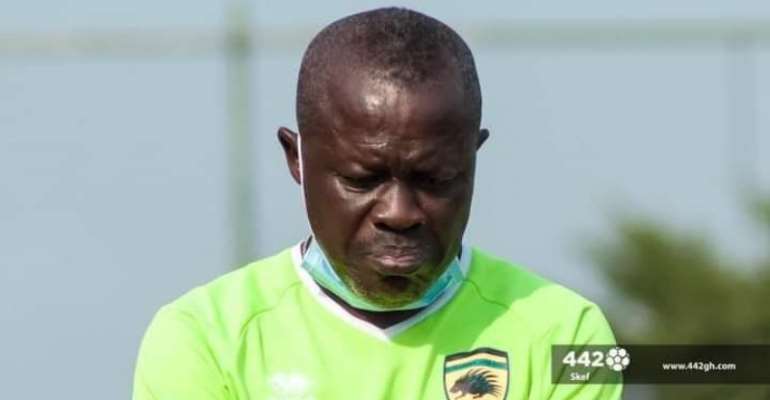 Assistant coach of Asante Kotoko, Johnson Smith says he has not been served a contract termination letter by the club.

Reports emerged today that the Porcupine Warriors has parted ways with the former Karela United coach ahead of the 2021/22 season.

In an interview with Kumasi based Silver FM, Smith said he has not been served with a contract termination letter and for that matter, remains as the assistant coach of Kotoko.

According to him, the CEO of the club Nana Yaw Amponsah phoned him to sack him but said he is not accepting it once he still has a contract with the club.

He added that he has not been paid for the past four months.

"My contract will expire in November and I have not been paid for four months, so I am waiting for them to do the right things," he said.

Smith joined the Porcupine Warriors in October 2019 having arrived from Karela United FC after guiding them to the finals of the Ghana FA Special Competition.

The 53-year-old was assistant to Norwegian trainer Kjetil Zachariassen before Maxwell Konadu took over.

Marvin David Ocloo and John Eduafo have been appointed to be the first and second assistants new head coach Dr Prosper Narteh Ogum.