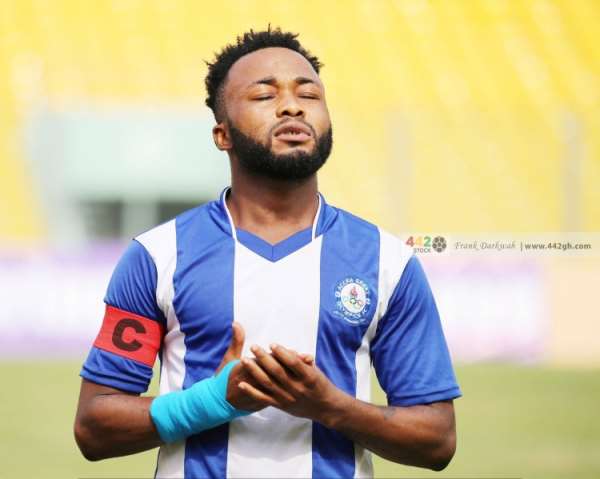 Accra Great Olympics are prepared to refund an amount of Ghc50,000 to Hearts of Oak to re-sign Gladson Awako.

Awako joined the Phobians this summer from the Wonder Club on a two-year deal.

However, despite training with the playing body, the midfielder is yet to make his debut for the club.

Reports went rife last week that the midfielder is eager to quit the club due to spiritual attacks since joining the club.

And according to a report by Kumasi based Pure FM, the Board Members of Great Olympics will hold a meeting to discuss the possibility of refunding Ghc50,000 to Hearts of Oak to be able to re-sign the ex-club captain.

The report also added that Awako's family also want the midfielder back to the Wonder Club.

"We won’t address issues in public. It has nothing to do with financial obligations.

"Hearts of Oak paid everything to the player. It’s likely he may play or may not play for Hearts but we have to meet the club to discuss his future,” Chibsah added.