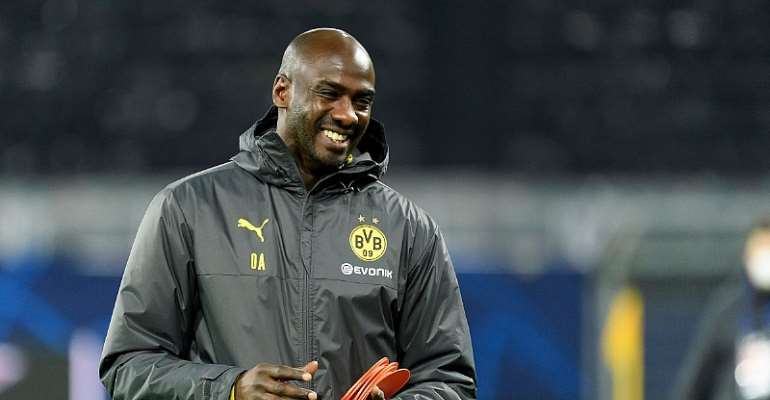 The Ghana Football Association are on the verge of appointing Otto Addo as the new assistant coach, SportsworldGhana.com has reported.

The Black Stars assistant job has become vacant following the dismissal of Charles Kwablan Akonnor together with his assistants, David Duncan and Patrick Greveraars last week.

Milovan Rajevac is favourite to be named as the head coach for the senior national team for the second time.

The Sports Ministry and the country's football governing body have reached an agreement on the reappointment of the Serbian trainer.

However, an official announcement of the new head coach for the team is expected to be made in the coming hours by the Ghana Football Association.

Otto Addo, who is now working as the assistant coach for Borussia Dortmund in the Bundesliga will be assisting the Serbian coach.

Addo will not be staying in Ghana but will join the technical team as and when there is an international duty.

Addo has been part of the Dortmund coaching staff since 2020 when he was promoted into the first assistant coach under the tutelage of Edin Terzic.

Ghana will continue their 2022 Fifa World Cup qualifiers with a doubleheader against Zimbabwe.

Otto Addo is a former Ghana international who cut his coaching teeth at HSV in Hamburg, where he worked as a youth team and later assistant manager from 2009 to 2015.

Two years later, he joined the German Bundesliga side Borussia Mönchengladbach as a “talent coach”, a position he took at Borussia Dortmund in 2019.

In 2020, he made the step up, becoming the club’s assistant coach, and still occupies the position.

Addo has previously scouted for the Black Stars, first in 2014 for the World Cup in Brazil, and at the Cup of Nations in Equatorial Guinea a year later.