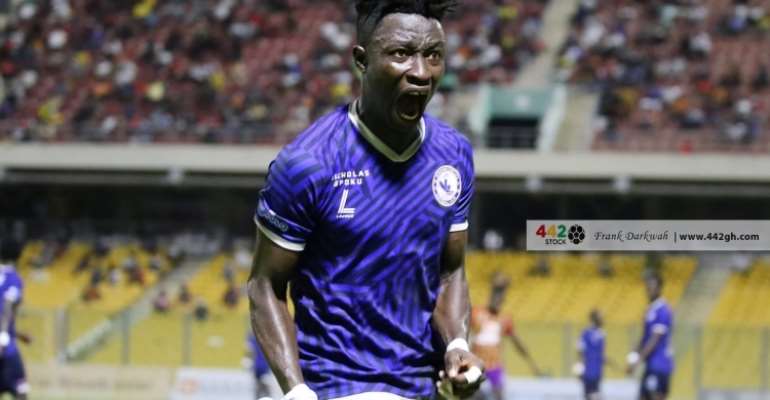 Asante Kotoko have reached a deal with Berekum Chelsea to sign Stephen Amankona according to media reports.

Asante Kotoko are expected to announce the signing of Stephen Amankona after a mandatory medical examination this week.

Amankona attacker has been one of the top performers in the Ghana Premier League for the past seasons.

The enterprsing attacker managed to score eleven (11) goals in 28 appearances for Berekum Chelsea in the 2020/21 Ghana Premier League season.

He also scored four times for his outfit in the FA Cup competition, propelling them to the semi-finals.

He played an instrumental role in Ghana U20 qualification to the 2019 Africa U20 Cup of Nations in Niger.

Amankona was loaned out to Hungarian side MTK Budapest in 2019 but failed to sign on a permanent basis due to contractual disagreement between both clubs.

Asante Kotoko have already acquired the services of Richmond Lamptey and Maxwell Agyemang ahead of the 2021/22 Ghana football season.

Take me to court, I will get the court to also overturn the ...
44 minutes ago

We’ve revamped TVET education in Ghana than any government –...
44 minutes ago